Explore Book Buy On Amazon
Unlike some other esports genres that have relatively few titles, the fighting-game genre includes literally hundreds of titles. Not all of them see regular competition in the esports world, though in the most technical sense, any fighting game could be an esport. This section takes a look at the big names so that you know what to expect if you want to dive into the most popular esports fighting-game titles.

Taking it to the street (SF V)

The longest running and arguably most successful fighting-game series is Capcom’s Street Fighter (SF) series. Although the original SF didn’t make quite the major splash that the sequel did, every version of the game from 1992’s SF II forward has been a mainstay in fighting-game competition and was once the quarter-gulping center point of many arcades across the world.

The current competition edition of SF is SF V: Arcade Edition, and it features nearly 40 fighters including downloadable content. It has been a featured game at EVO and other major tournaments since its launch in 2016. An updated edition called SF V: Championship Edition added a 40th character when it was released on February 14, 2020. It is expected to become the competition standard, though it’s too early to know for certain.

SF V is a 2.5-D fighting game with a deep combo system and a series of regular characters like Ryu, Chun-Li, and Akuma. It is a console-exclusive title for the PlayStation 4 but also appears on Windows PC.

Fighting with Capcom vs. [Everyone]

Not a company to sit back and enjoy the success of a single title, Capcom created a number of other fighting games to complement SF. Some of the Capcom vs. titles were crossovers with other game companies like SNK, which created games like King of Fighters and Samurai Shodown. Entries in the series pitted fighters from various games. At times, games in the Vs series include characters from nonfighting games as well.

The series blossomed into a true esports hit when Capcom started to cross over with the Marvel comics universe. The first of these games was X-Men vs. Street Fighter, a 1996 arcade release, and it later spawned the popular Marvel vs. Capcom series, which has spanned four entries to date. The most recent game in the series, Marvel vs. Capcom Infinite, was released in 2017. Although Marvel vs. Capcom wasn’t featured at EVO in 2019, it is still a game with a healthy competition base.

Killing it with Mortal Kombat

Often thought of as “the other” major fighting-game series, Mortal Kombat has been around since 1992, sharing arcades and consoles with SF as the other heavy hitter. Known for being far more bloody than other fighting games, one of MK’s signature features is the ability to finish an opponent with a brutal move at the end of the match that would all but certainly kill the opponent. Such moves, which often have complicated combo inputs required to execute, are called fatalities.

MK attempted to use photo-realistic sprites, which in the original games looked quirky and rough but worked. The style morphed over time into a 3-D photo-realistic take on fantasy characters. The series dabbled with full 3-D combat, but returned to 2.5-D for the last several releases. The current game in the series, MK11, was so highly anticipated that it was announced for EVO 2019 before it had been released.

Originally owned by Midway, the MK team eventually spun out from the bankruptcy and closure of Midway Games, and NetherRealm is now owned by Warner Bros. Interactive Entertainment. MK appears on Xbox One, PS4, Switch, PC, and mobile.

MK isn’t as fast-paced as SF, and at times the combat is all about punishing an opponent for leaving himself open to a particularly strong attack. The series is dominated by a recurrent set of ninja characters including Scorpion and Sub Zero, two of the most famous fighting-game characters of all time. You can see those two characters squaring here. 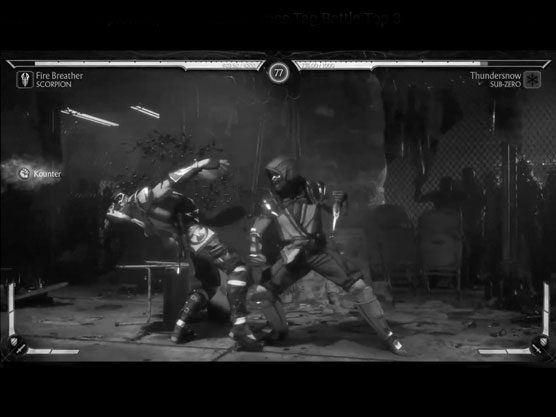 Mortal Kombat, with its penchant for gore and constant replacement of the letter c with the letter k, is an iconic fighting-game series with some interesting history. Here are five secrets you might not have known about the MK series:

Tipping the scales with Injustice

Just as Capcom partnered with Marvel comics, so Midway partnered with the other comic book giant, DC. Initially following the Capcom format, Mortal Kombat vs. DC Universe released in 2008. Although the game didn’t fare poorly, it was not embraced by the community because DC wouldn’t license its characters to be killed, and without the signature fatality moves, MK fans didn’t feel that the game was truly MK.

Even though MK vs. DC wasn’t a huge esports hit, the idea of a fighting game with DC heavy hitters like Superman, Batman, and Wonder Woman still struck the MK team as a viable competitor to the Capcom vs. series. The answer to making the game work was removing MK and the need for fatalities. The resulting game was Injustice: Gods Among Us.

Based in an alternative universe in which Superman is evil, Injustice featured some of DC’s most popular characters along with the mechanics that fans loved from MK. In the place of fatalities, the Injustice series includes supermoves, which are short cinematic moves that do heavy damage and feature the character’s superpowers. Watching the Flash run someone through time into the past and bounce the character off a dinosaur, or watching Batman call in his Batmobile or Batwing, gave the series something to replace the gory fatality finishes from MK.

The current game in the series, Injustice 2, is still frequently played in competition. The art style and animations are based heavily on MK, making the play style familiar to MK players, but there is an obvious appeal to being able to play as a character like Batman. 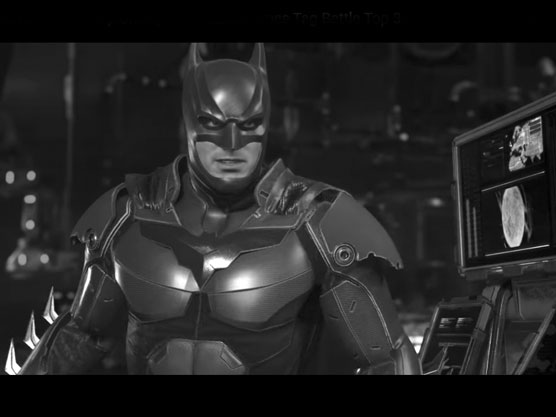 A NetherRealm-styled Batman prepares for battle in Injustice 2.

Fighting in three dimensions with Tekken

In the “Stepping forward with the 3-D fighter” section, earlier in this chapter, I mention Virtua Fighter. Although Sega’s VF created the foundation for the 3-D fighting game, the Tekken series took the concept and fashioned it into a massive arcade and console success. First released to arcades in 1994, Bandai Namco’s Tekken began a long lineage of games based on hand-to-hand combat and a slower, less jumping-based fighting style.

Tekken has been so successful that it has released nine installments (the seven Tekken titles and two in the series called Tekken Tag Tournament) and has presented versions of its game on arcade cabinets, Android, Game Boy Advance, iOS, Windows, PlayStations 1–4, the PlayStation Portable, Wii U, Nintendo 3DS, and Xbox 360/Xbox One. The Tekken series has also been an EVO mainstay.

The current title, Tekken 7, includes a roster of 52 fighters, including guests like Street Fighter’s Akuma, and Negan from The Walking Dead (shown in the following figure). Because Tekken 7 is the premiere 3-D fighter, you can easily find tournament play for the game on every level, from local to international events.

One of the most dramatic shifts to Tekken from the 2.5-D fighting games mentioned previously is that in SF, MK, and similar games, jumping is frequently used to cover space, whether to create separation or to close in on a target. In Tekken, jumping is rarely the right choice, and the more realistic gravity aspect of game physics results in jumps that cover a relatively small amount of space, leaving a player open to multiple attacks. This situation can frustrate new players who are familiar with other fighting games as they attempt to use their preexisting skills within the Tekken system. 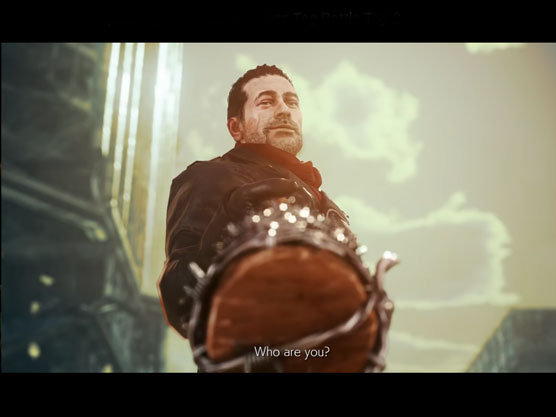 Fan-favorite villain Negan from The Walking Dead brings his bat Lucille to Tekken 7.