By: Howie Long and John Czarnecki and
Updated: 10-18-2022
From The Book: Football For Dummies 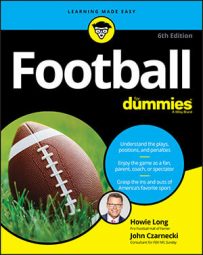 Explore Book Buy On Amazon
American football is about trying to make points by passing, carrying, or kicking an oblong ball (with two pointed ends) into your opponent's end zone. Football is a rough-and-tumble game with its own jargon, including some terms that are just plain odd. For example, a strong safety is a defender, and a regular safety is a play that scores two points — go figure.

But knowing the lingo (including the fun slang) and the players, not to mention common penalties, can take you a long way toward getting a handle on this popular American sport. 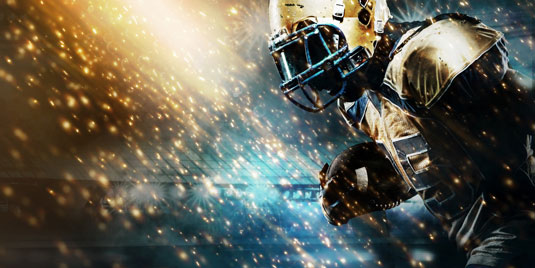 When two opposing American football teams meet on the gridiron (playing field), the player positions depend on whether the football team is playing offense or defense. Football pits the offense, the team with the ball, against the defense, which tries to prevent the offense from scoring. Each side lines up facing the other with the football in the middle.

The offensive side is the side that has possession of the football. The offense’s primary job, as a team, is to move the ball down the field toward the opponent’s end zone to score — either by touchdown or kicking a field goal. There are other ways to score as well, but those are primarily left to special teams. Within the offense, the functions are divided amongst key positions:

In American Football the defense’s primary job, as a team, is to keep the offense from scoring points — by intercepting the ball, tackling members of the offense, and in general preventing the offense from moving the ball closer to their end zone to create a scoring opportunity. Within the defense, the functions are divided among key positions.

To understand and enjoy American football, get familiar with key terms and what they mean. Until you grasp basic football lingo, listening to announcers call an National Football League (NFL) game can be like listening to monkey gibberish. The following list fills you in on the basic American football terms you need to know: