How to Join the Horde on Discord

Explore Book Buy On Amazon
Esports gamers have used numerous Voice Over Internet Protocol (VoIP) services over the years, from Ventrilo to TeamSpeak. A VoIP is a service that allows numerous people to speak via vocal chat over the Internet. The most pervasive, and most functional, VoIP option mixes voice communication with a clean chat interface.

Discord is a VoIP chat service that enables you to chat with other gamers quickly and easily, at the press of a button. People usually use it while wearing a cool gamer headset, though Discord also works with smart phones, and some people set up actual, free-standing microphones to use it.

Discord is quickly becoming a favorite of all gamers, so you’re going to want to join it. It’s a free download for your computer or for your phone, and you can register an account by following these steps: 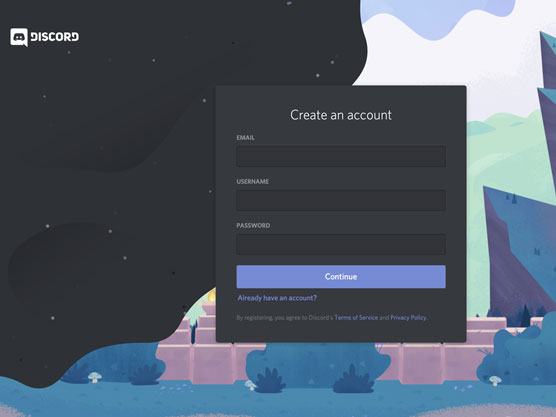 Instead of working as one gigantic system, Discord has servers. A server is the basic name for a Discord community and includes a series of text and voice chat "channels" with topics set by the server's administrator(s). Each server is owned by a person or an organization, though the term owned can be misleading in that the servers and the service are free. People or organizations with their own Discord server can set the different channels and discussion topics for the server, as well as create a series of user roles or labels that define what a user can do. They can, for example, allow someone to read only and not comment or serve as a moderator with full control. Server owners can also color-code the users, which is particularly useful in helping players of a specific game find other players on a server. For example, all the Overwatch players might have a yellow user role label. Because Discord servers are free, anyone can easily start a community. Because of Discord's high usage among gamers, Discord servers are a great way to gain access to the community.

You’re not advised to start by creating your own Discord server, though you certainly could.

Discord is particularly useful for an esports player because of all the communities you can find and join. You can mine your local scene as well as national and world competitions to locate all sorts of clubs and leagues on Discord servers. If you go to a competition, Discord will almost certainly be the VoIP of choice.

Discord gives you a real-time space to look for opponents, friends to team up with, events, and so on. Users who can see you on a public server or who have you on their friend's list can see what game you are playing listed under your name and vice versa, which means that you can literally look for people playing the same game you’re playing — while you’re playing!

Most Discord servers operate by invitation only. This doesn’t mean that they are particularly exclusive, though. Finding communities to join isn’t hard at all. However, you aren’t likely to find Discord servers within Discord itself. If you look on the other social media platforms discussed in this chapter, you’re sure to find people offering links to their Discord servers. Also, if you know someone who has a server or is on a server, don’t be afraid to ask to join! Discord communities are welcoming and love getting new members.

Unlike the other services discussed in this chapter, Discord allows you to change your display username for each server that you join. This feature makes it less important for you to use your gamer tag as your primary account name; also, it gives you the freedom to be known by different names in different places. Remember, though, that if you’re building a reputation as a player, you want everyone to know who you are, so I recommend that you still use your gamer tag in some way in your Discord names on each server. For example, on a few servers I belong to whose admins request your full name as part of your tag, my gamer tag appears in the middle of my name, as in Phill "DrPhill" Alexander, whereas on one server that has shorter nicknames, I'm just DrP.