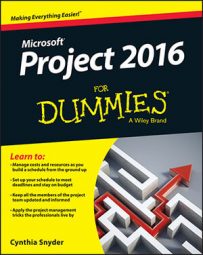 For example, if your project is to plan the opening of a new store, you may have to create a dependency from your Begin Move-In task to the Final Building Inspection Complete task in someone else's construction project.

To deal with this balancing act, you can create a linked task that represents the timing of the other project (or of a particular task in it). This is also called creating a cross-project link.

Click in the ID column on a blank row. Type the predecessor filename, a backslash, and then the predecessor task ID number, as in Delta Project/2. Then press Tab to complete the entry. The linked task from the other file appears in the list, as shown here. In the Gantt chart, that external successor appears in gray so you know that it doesn't really "live" in the current schedule file. 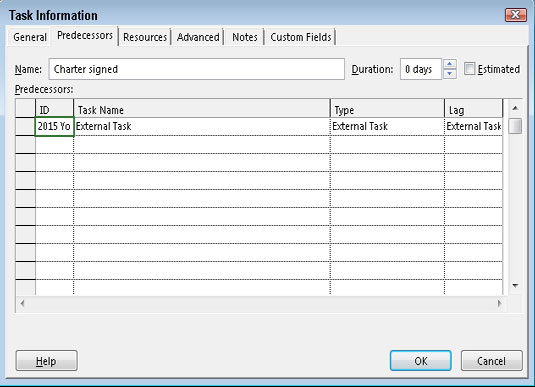 The task ID refers to an external task.

You can also insert an entire project and add a link to it so that updates to the other file are reflected in your plan automatically.

Cynthia Snyder is a well-known speaker, consultant, and trainer on project management, as well as the project manager of the team that updated PMI's Project Management Body of Knowledge, Sixth Edition. Her other books include PMP Certification All-in-One For Dummies and A User's Manual to the PMBOK.