The AnalogInput Sketch for the Arduino 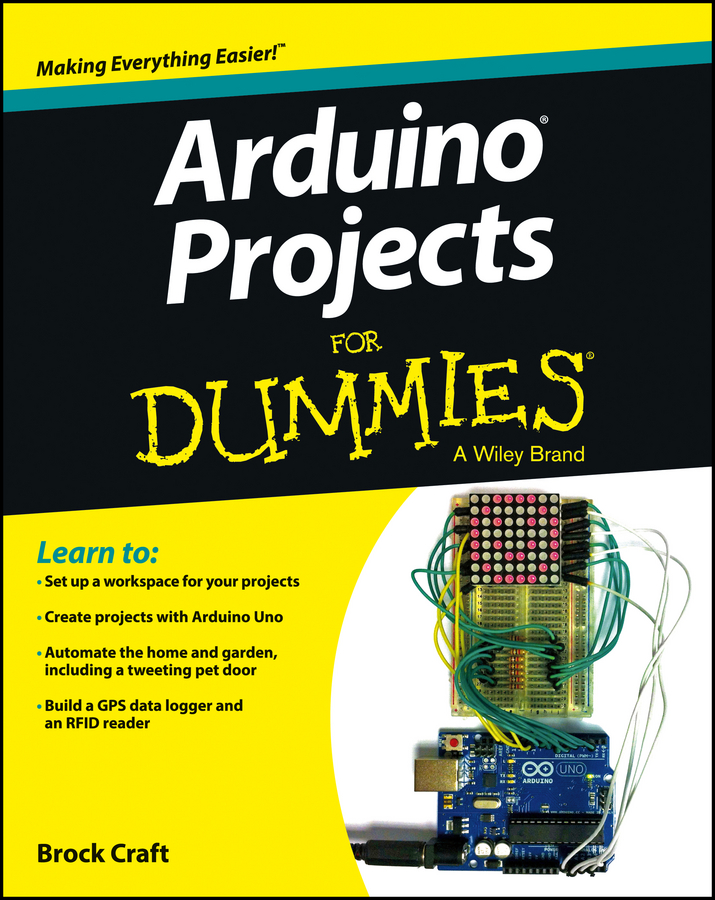 The previous sketch showed you how to use a digitalRead to read either on or off, but what if you want to handle an analog value such as a dimmer switch or volume control knob?

For this project, you need

The variable resistor has power and ground connected across opposite pins, with the central pin providing the reading. To read the analog input, you need to use the special set of analog input pins on the Arduino board. 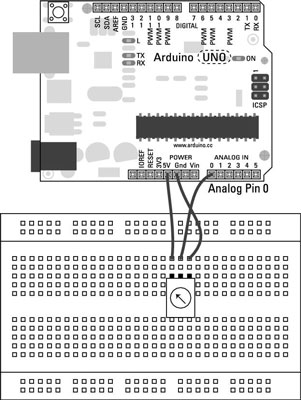 It’s also worth noting that if you were to swap the polarity (swap the positive and negative wires) of the resistor, you would invert the direction of the potentiometer. This can be a quick fix if you find that you’re going in the wrong direction. 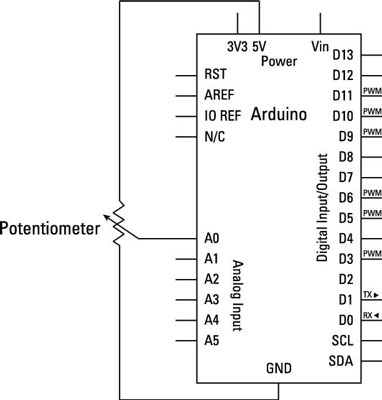 Build the circuit and upload the code from File→Examples→03.Analog→AnalogInput.

After the sketch is uploaded, turn the potentiometer. The result is an LED that blinks slower or faster depending on the value of the potentiometer. You can add another LED between pin 13 and GND to improve the effect of this spectacle.

If you don’t see anything lighting up, double-check your wiring: