Explore Book Buy On Amazon
Since it started in 2005, YouTube has been ever present as one of the most popular sites on the Internet, usually second only to Google in network traffic. You no doubt know what YouTube is, and the role of YouTube in esports is exactly what you probably think it is: Gamers upload videos (and sometimes livestream). 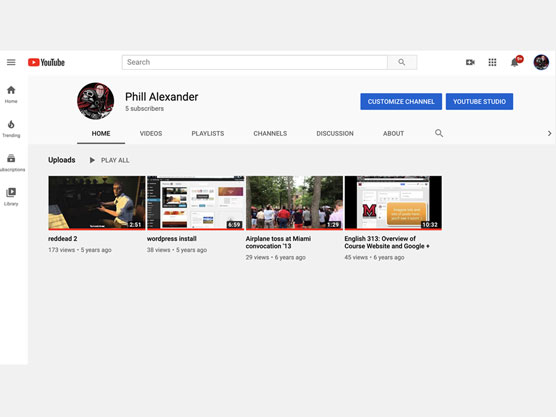 For the esports fan and player, YouTube offers a massive library of material. From legendary moments like the Wombo Combo to the finals of almost every major tournament ever, YouTube holds a staggering amount of esports content. And that content increases so quickly that you could never watch all of it. You would never have enough time!

According to a 2017 Think With Google research study, gamers love YouTube for the following four main reasons:

As you can tell from the preceding list, YouTube serves as a training site, a source of entertainment, and a place to network. YouTube wasn't designed with a gamer focus in mind, but that doesn't prevent it from having a wealth of esports content.

Video is the heart and soul of YouTube, but the comment sections below videos can be as active as any other discussion forum, and reputations can be made, friendships built, and strategy shared in those chat spaces. As with the other sites described in this chapter, you want to use a name on YouTube that’s similar to your gamer tag. You use that name when you post to comment sections, and when the time comes for you to upload your own content, that will also be the name of your channel. You need to build a bit of content and gather some followers before you can edit your name on YouTube, though, so early on, your channel ID will be a string of numbers. Don't worry. Everyone starts like that.

Remember, again, that you are on the Internet. YouTube comment sections can be filled with trolling, so don’t take what someone says too seriously, and if you see a set of comments going bad, remove yourself from the discussion. You’re here to have fun! Don’t let anyone ruin that for you.