Explore Book Buy On Amazon
Use this Cheat Sheet to help you as you enter the world of esports. Here you can learn some of the key esports lingo, find out about some professional teams worth watching, and see how to get started playing a mobile esports title, Clash Royale. 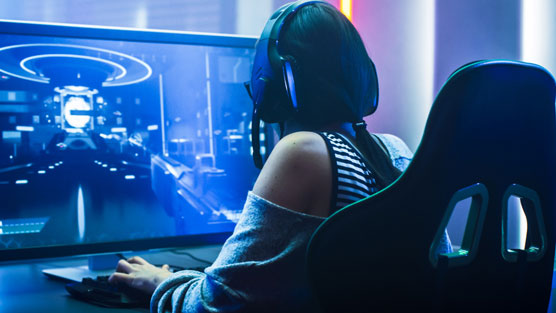 One of the most confusing elements of entering the esports world is getting used to the language. Sometimes you hear a word that doesn’t seem like a word at all. Other times, you hear a word you know, but it is being used in a way that isn’t familiar. Knowing the following vocabulary can help you to understand what people are talking about. Key esports lingo includes:

Many, many competitive teams are in the esports world. It can be intimidating to get started. The following four teams are a good place to start. Odds are good that at least one of the four will win you over as a fan!

You’re probably itching to get started playing, but many major esports titles require powerful computers, expensive consoles, long downloads, and extensive learning curves. To get in the game quickly, though, you can start playing one of the most popular esports games in the world from any smartphone or Android/iOS tablet. With more than 100 million active players, Clash Royale is one of the most popular games in the world. And you can be started playing in minutes! All you need to do to get in the game is to follow these steps and read the tips after them:

The game offers arrows onscreen to guide you where to click as you play your first match.

That it! You’re officially playing!

Clash Royale is easy to play but hard to master, as most esports games are, so if you want to learn some strategy, check out the Clash Royale subreddit or RoyaleAPI for tips, tricks, and elaborate strategies. When starting Clash Royale, the game’s tutorial mode will help you to master the basics, but here are a few pro tips to make your first few matches successful: