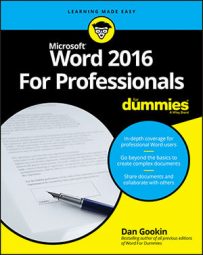 Explore Book Buy On Amazon
Microsoft Word 2016 hosts several features that use the name Auto. They're all automatic, they serve comparable functions, and they have annoyingly similar names. Here's the Big Picture: Two Auto commands you might be familiar with, that aren't in this list, are AutoComplete and AutoText. These commands were popular in older versions of Word, but are unavailable in Word 2016.

Don't let yourself become confused over the sloppy way the Auto commands are organized, or how some of them are familiar yet no longer available. If you've used Word for any length of time, you might find that confusion oddly comfortable. As a consolation, all these commands are headquartered in the same dialog box, as illustrated. 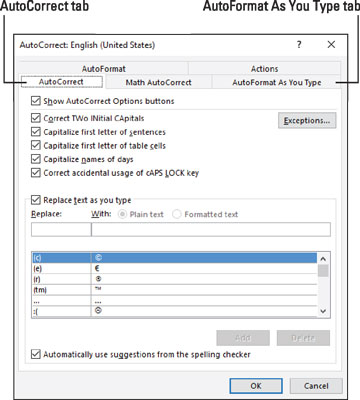 To summon the AutoCorrect dialog box, follow these steps:

Of the five tabs shown in the AutoCorrect dialog box, you need to concern yourself with only two: AutoCorrect and AutoFormat As You Type.