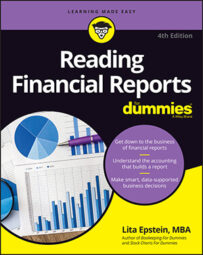 The IASB and the FASB are working together to converge standards on a topic-by-topic basis. Four key standards are now being developed:

When can you expect to start seeing the changes in international financial reporting? As these projects are completed, the changes will occur gradually. Generally, estimates indicate that it will take three to four years for an accounting change to be fully implemented. As a financial report reader, it's important to follow the news about the convergence of international standards because it impacts the information you depend on to make investing decisions.

Lita Epstein, who earned her MBA from Emory University’s Goizueta Business School, enjoys helping people develop good financial, investing and tax-planning skills.
While getting her MBA, Lita worked as a teaching assistant for the financial accounting department and ran the accounting lab. After completing her MBA, she managed finances for a small nonprofit organization and for the facilities management section of a large medical clinic.
She designs and teaches online courses on topics such as investing for retirement, getting ready for tax time and finance and investing for women. She’s written over 20 books including Reading Financial Reports For Dummies and Trading For Dummies.
Lita was the content director for a financial services Web site, MostChoice.com, and managed the Web site, Investing for Women. As a Congressional press secretary, Lita gained firsthand knowledge about how to work within and around the Federal bureaucracy, which gives her great insight into how government programs work. In the past, Lita has been a daily newspaper reporter, magazine editor, and fundraiser for the international activities of former President Jimmy Carter through The Carter Center.