The Southern Cross as a Stargazing Signpost 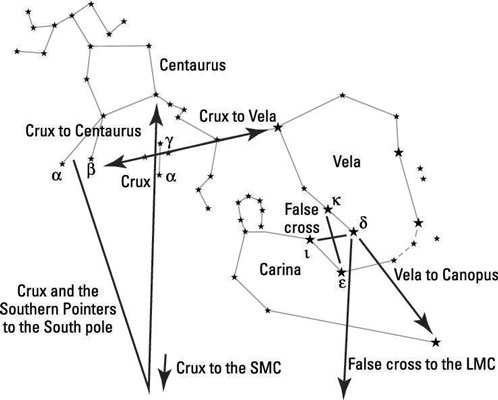 The objects you can find using The Southern Cross as a signpost are: