Every culture in the world has its own myths and legends and had different ways of joining up the stars into patterns. The ancient Greek constellation names were passed on only by historical accident, and it’s these names that are the formally recognised astronomical constellations.

Chinese astronomy has 31 constellations (called enclosures), while the Native Americans also drew patterns in the stars, as did Australian Aborigines, the ancient Egyptians and cultures the world over. 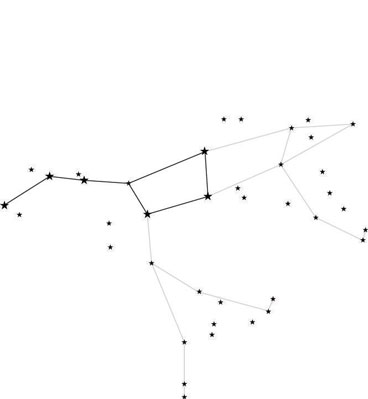 The table lists some of the more famous asterisms and the constellations that you can find them in.