Metabolism (from the Greek metabole, which means “change”) is the word for the myriad chemical reactions that happen in the body, particularly as they relate to generating, storing, and expending energy. All metabolic reactions are either catabolic or anabolic.

The chemical alteration of molecules in the cell is referred to as cellular metabolism. Enzymes can be used as catalysts, accelerating chemical reactions without being changed by the reactions. The molecules that enzymes react with are called substrates. 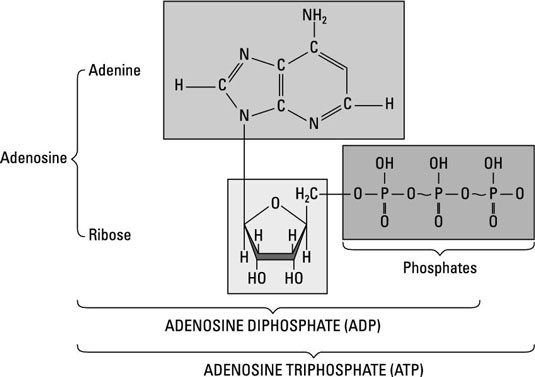 Oxidation-reduction (redox) reactions are an important pair of reactions that occur in carbohydrate, lipid, and protein metabolism. When a substance is oxidized, it loses electrons. When a substance is reduced, it gains electrons. Oxidation and reduction occur together, so whenever one substance is oxidized, another is reduced. The body uses this chemical-reaction pairing to transport energy in a process known as the respiratory chain, or the electron transport chain. 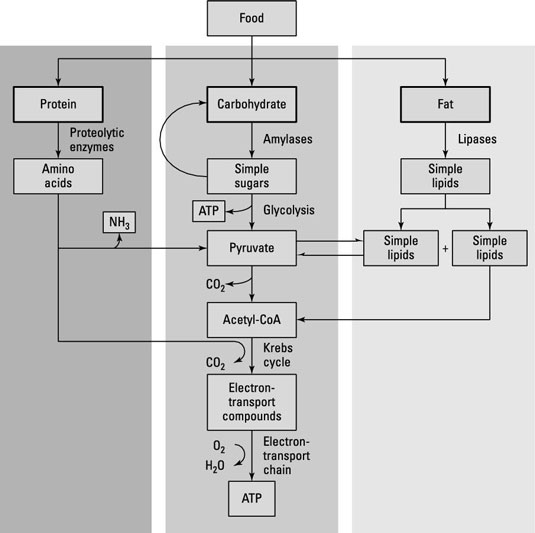 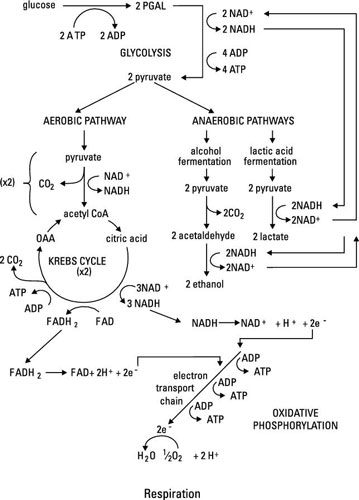 The oxidation process in which energy is released from molecules, such as glucose, and transferred to other molecules is called cellular respiration. It occurs in every cell in the body, and it is the cell’s source of energy. The complete oxidation of one molecule of glucose will produce 38 molecules of ATP. It occurs in three stages: glycolysis, the Krebs cycle, and the electron transport chain:

Lipid metabolism only requires portions of the processes involved in carbohydrate metabolism. Lipids contain about 99 percent of the body’s stored energy and can be digested at mealtime, but as people who complain about fats going “straight to their hips” can attest, lipids are more inclined to be stored in adipose tissue — the stuff generally identified with body fat.

Protein metabolism focuses on producing the amino acids needed for synthesis of protein molecules within the body. But in addition to the energy released into the electron transport chain during protein metabolism, the process also produces byproducts, such as ammonia and keto acid.

Energy is released entering the electron transport chain. The liver converts the ammonia into urea, which the blood carries to the kidneys for elimination. The keto acid enters the Krebs cycle and is converted into pyruvic acids to produce ATP.

One last thing: That severe soreness and fatigue you feel in your muscles after strenuous exercise is the result of lactic acid buildup during anaerobic respiration. Glycolysis continues because it doesn’t need oxygen to take place. But glycolysis does need a steady supply of NAD+, which usually comes from the oxygen-dependent electron transport chain converting NADH back into NAD+.