Explore Book Buy On Amazon
From the beginning, the Trump administration was mired in scandals that have undermined his presidency. The constant wave of scandals has resulted in negative coverage of his presidency, overshadowing his economic and foreign policy successes.

Instead of being able to focus on domestic and foreign policy, President Trump has constantly dealt with putting out fires often caused by his own actions. The two biggest scandals were the Russia and the Ukraine scandals. 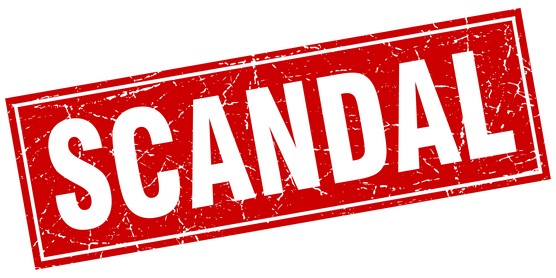 Almost as soon as Donald Trump had assumed the presidency, the Russia scandal broke out. It involved some of the president’s closest aides, including his national security advisor.

During the 2016 presidential election, Russian operatives hacked Hillary Clinton’s server and later also the server for the Democratic National Committee. U.S. intelligence would later find out that the Russian government was actively trying to interfere in the U.S. presidential election by creating dissent among the U.S. public and trying to undermine Democratic candidate Hillary Clinton.

In May 2017 Trump fired FBI Director James Comey, who had been leading an investigation into links between the Russian government and Trump associates. Comey later testified that he was fired after he refused to drop the investigation of President Trump’s National Security Advisor Michael Flynn, who had resigned after only 24 days in office after it was discovered that he had lied to Congress about meetings with the Russian Ambassador to the United States.

According to the report: “The investigation does not conclude that the president committed a crime; however, it does also not exonerate him.” In other words Mueller took the easy way out and left it up to Congress to take the next or no steps.

After having weathered the Russia scandal, it looked like President Trump’s presidency was safe until the 2020 election. However, in September 2019, the Ukraine scandal broke out. The scandal involves President Trump’s alleged attempts to coerce Ukraine into providing information on his possible democratic challenger Joe Biden and his son Hunter.

According to the charges, President Trump threatened to withhold $400 million in military aid from Ukraine, unless it reopened an investigation into Hunter Biden’s activities in Ukraine.

An anonymous whistle blower brought this to the attention of Congress and the media, and in September 2019, the House of Representatives began hearings on whether President Trump solicited foreign intervention in the 2020 campaign. This would be an impeachable offense.

Full impeachment hearings were started on October 31, 2019. These were open to the public and were nationally televised. On December 18, 2019, the House of Representatives voted 230 to 197 to impeach President Trump for abuse of power and obstruction of Congress.

President Trump was the third president to be impeached by the House of Representatives. Andrew Johnson and Bill Clinton were the other two.

After being impeached by the House of Representatives, the Senate started on January 16, 2020, to debate whether to remove President Trump from office. On February 5, 2020, the Senate acquitted President Trump by a 52 to 48 vote. It is now up to the U.S. electorate to decide whether he deserves a second term.