Performing Many Roles: The President’s Duties in Modern Times 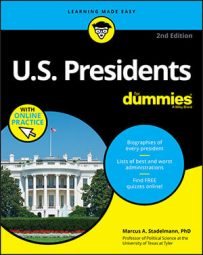 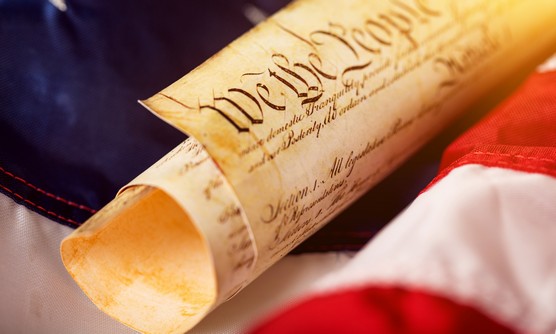 The greatest power a U.S. president has is not found in the Constitution. It is the power to persuade and convince the U.S. public. If the president can get the public behind him, he becomes unstoppable. Congress cannot and will not oppose him if he can show Congress that the public supports him on a certain issue. For this reason, the power to shape public opinion is a great one.

Theodore Roosevelt was the first U.S. president to take advantage of the power of public opinion. He used the presidency as a bully pulpit — a forum to use his influence to promote his causes — and preached to the U.S. public in an attempt to gather public support.

When Congress began to stifle his progressive reforms, he toured the United States and attempted to convince the public of the integrity of his programs. With the public behind him, Congress had a tough time not agreeing to his agenda.

Woodrow Wilson, a political scientist, recognized this power and continued in Roosevelt’s tradition. He, too, traveled around the country to rally support for his policies.

Making use of the media

With the invention of the radio, and later television, the power to persuade, or shape public opinion, gained new importance. Radio made it possible to reach the U.S. public easily, without ever leaving the White House.

The first president to take advantage of this was Franklin Roosevelt in the 1930s. A week after presenting his first inaugural address, FDR began addressing the U.S. public directly over the radio with his famous fireside chats, which he used to explain his policies and foster trust and confidence in the public. Roosevelt continued this practice throughout his presidency, delivering a total of 27 fireside chats.

John F. Kennedy used television for similar purposes. He became our first television president. Kennedy and his advisors had figured that the best way to reach the public was through television appearances heavily laden with political messages. Nothing was more successful in gaining the support of the U.S. public than a well-timed, well-written, and well-delivered speech.

Today, using television to reach the public is common. Inaugural addresses, State of the Union addresses, and press conferences are all designed to reach out to the U.S. public and convince people that the president’s policies merit their support. Clearly, a well-written and well-delivered speech can sway public opinion in a president’s favor. This in turn facilitates his dealings with Congress.

While television is still the major tool to communicate with a majority of Americans, social media has become more prevalent. It was first widely used by President Obama, who started an AMA (ask me anything) thread on Reddit to target young and minority voters. The strategy was so successful in both the 2008 and 2012 presidential elections that it has been copied by every candidate running for higher office. Who could imagine President Trump not using Twitter?

Today, campaigns use social media, such as Twitter, Facebook, and even Instagram and Snapchat, to target specific groups of voters. Studies have shown that the use of social media can increase voter turnout and impact political opinions especially for millennials (18 to 24). Older voters are more immune to social media messages.

With social media being so successful and so much cheaper compared to television, it would not be surprising to see it overtake television as the major campaign tool in the future.