How to Use 3D Maps in Excel

Explore Book Buy On Amazon
Added as Power View to Excel 2013, 3D Maps is the current incarnation in Excel 2016. As its name implies, 3D Maps adds three-dimensional visualization. Here, you learn how to use 3D Maps to create a globe with data on numerous countries. 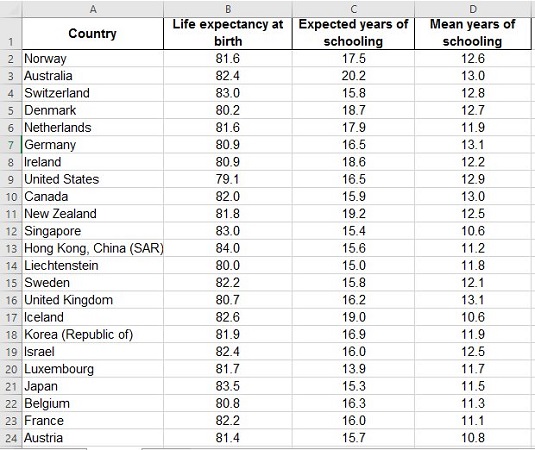 As shown, 3D Maps has been used to create a three-dimensional globe that shows these countries and their associated statistics. The globe comes courtesy of Microsoft’s Bing search engine, so an active Internet connection is necessary.

A stationary 3D globe wouldn’t be very useful, as many of the countries would be hidden from view. The onscreen controls (and judicious clicking) enable you to rotate the globe and expand or contract it. You can also change colors of the columns and reorient them. 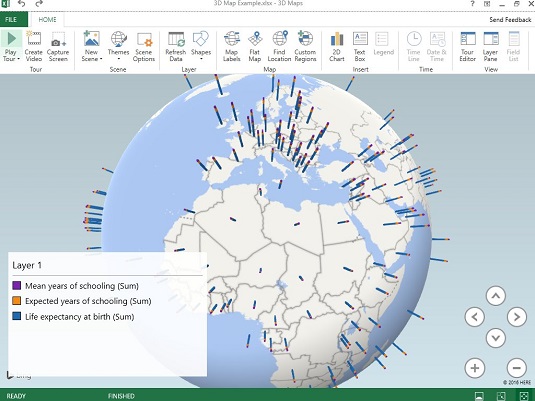 3D Maps is not just for international mapping — you can create maps on a much smaller scale.