Data Science: How to Create Interactions between Variables with Python 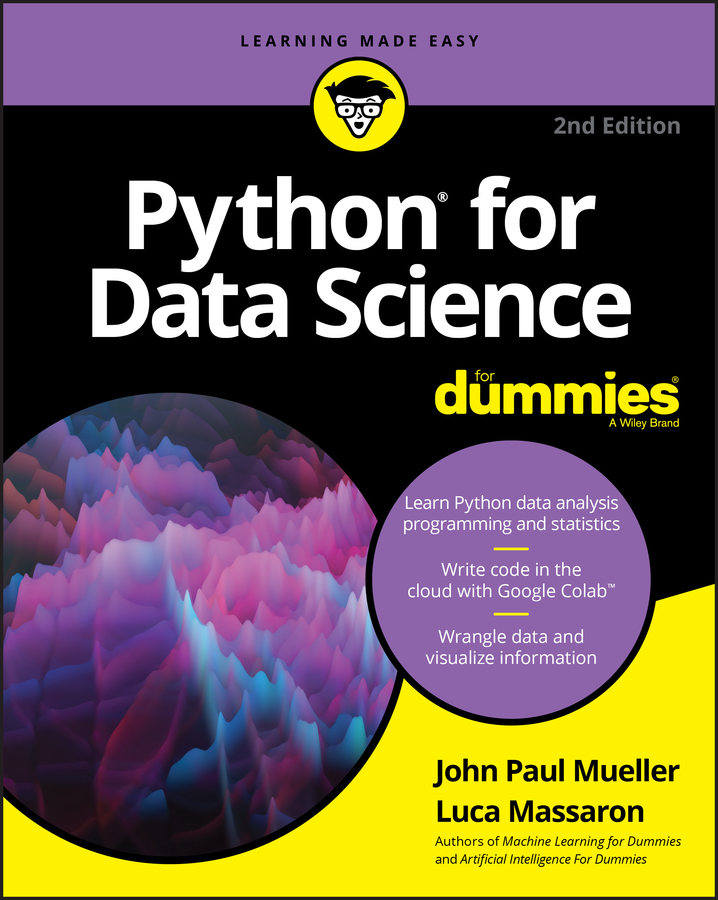 Data scientists can use Python to create interactions between variables. In a linear combination, the model reacts to how a variable changes in an independent way with respect to changes in the other variables. In statistics, this kind of model is a main effects model.

The Naïve Bayes classifier makes a similar assumption for probabilities, and it also works well with complex text problems.

Even though machine learning works by using approximations and a set of independent variables can make your predictions work well in most situations, sometimes you may miss an important part of the picture. You can easily catch this problem by depicting the variation in your target associated with the conjoint variation of two or more variables in two simple and straightforward ways:

The following example shows how to test and detect interactions in the Boston dataset. The first task is to load a few helper classes:

The code reinitializes the pandas DataFrame using only the predictor variables. A for loop matches the different predictors and creates a new variable containing each interaction. The mathematical formulation of an interaction is simply a multiplication.

The code tests the specific addition of each interaction to the model using a 10 folds cross-validation. It records the change in the R2 measure into a stack (a simple list) that an application can order and explore later.

The baseline R2 is 0.699, so a reported improvement of the stack of interactions to 0.782 looks quite impressive! It’s important to know how this improvement is made possible. The two variables involved are RM (the average number of rooms) and LSTAT (the percentage of lower-status population).

This scatterplot clarifies the improvement. In a portion of houses at the center of the plot, it’s necessary to know both LSTAT and RM in order to correctly separate the high-value houses from the low-value houses; therefore, an interaction is indispensable in this case. 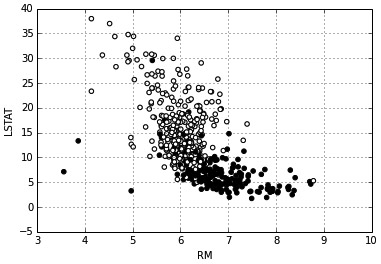 Adding interactions and transformed variables leads to an extended linear regression model, a polynomial regression. Data scientists rely on testing and experimenting to validate an approach to solving a problem, so the following code slightly modifies the previous code to redefine the set of predictors using interactions and quadratic terms by squaring the variables:

To track improvements as the code adds new, complex terms, the example places values in the improvements list. Here is a graph of the results that demonstrates some additions are great because the squared error decreases, and other additions are terrible because they increase the error instead. 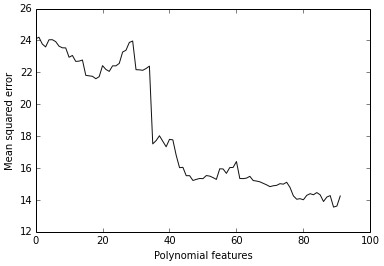 Of course, you could perform an ongoing test to add a quadratic term or interaction optionally, which is called a univariate and greedy approach. This example is a good foundation for checking other ways of controlling the existing complexity of your datasets or the complexity that you have to induce with transformation and feature creation in the course of data exploration efforts. Before moving on, you check both the shape of the actual dataset and its cross-validated mean squared error.

Even though the mean squared error is good, the ratio between 506 observations and 104 features isn’t good at all.

As a rule of thumb, there should be 10–20 observations for every coefficient you want to estimate in linear models. However, experience shows that having at least 30 of them is better.