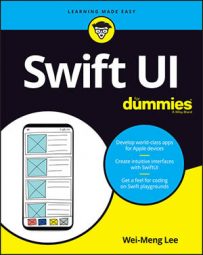 Explore Book Buy On Amazon
One important feature in Swift is closure. Closures are self-contained blocks of code that can be passed to functions to be executed as independent code units. Think of a closure as a function without a name. In fact, functions are actually special cases of closures. 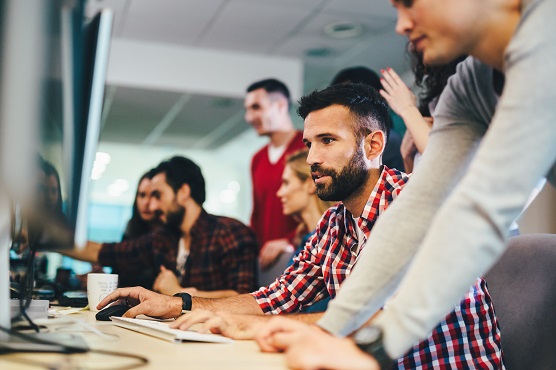 Swift offers various ways to optimize closures so that they’re brief and succinct. The various optimizations include the following:

The best way to understand Swift closures is to use an example. Suppose you have the following array of integers: Assume you want to sort this array in ascending order. You could write your own function to perform the sorting, or you could use the sorted() function available in Swift. The sorted() function takes two arguments:

The sorted() function does not modify the original array. It returns the sorted array as a new array.

You can pass a function into the sorted() function as a closure function, but a better way is to write the closure inline, which obviates the need to define a function explicitly or assign it to a variable.

Rewriting the earlier example would yield the following:

As you can see, the ascending() function name is now gone; all you’ve supplied is the parameter list and the content of the function.

If you want to sort the array in descending order, you can simply change the comparison operator:

Above, names were given to arguments within a closure. In fact, this is also optional, because Swift automatically provides shorthand names to the parameters, which you can refer to as $0, $1, and so on.

The previous code snippet could be rewritten as follows without using named parameters:

To make the closure really terse, you can write everything on one line:

You saw that the closure for the sorted() function was reduced to the following: One of the implementations of the lesser than (<) operator is actually a function that works with two operands of type String. Because of this, you can actually simply specify the < operator in place of the closure, and the compiler will automatically infer that you want to use the particular implementation of the < operator. The preceding statement can be reduced to the following: If you want to sort the array in descending order, simply use the greater than (>) operator:

Want to learn more? Check out our SwiftUI Cheat Sheet.