Setting Up Your Xbox before Playing 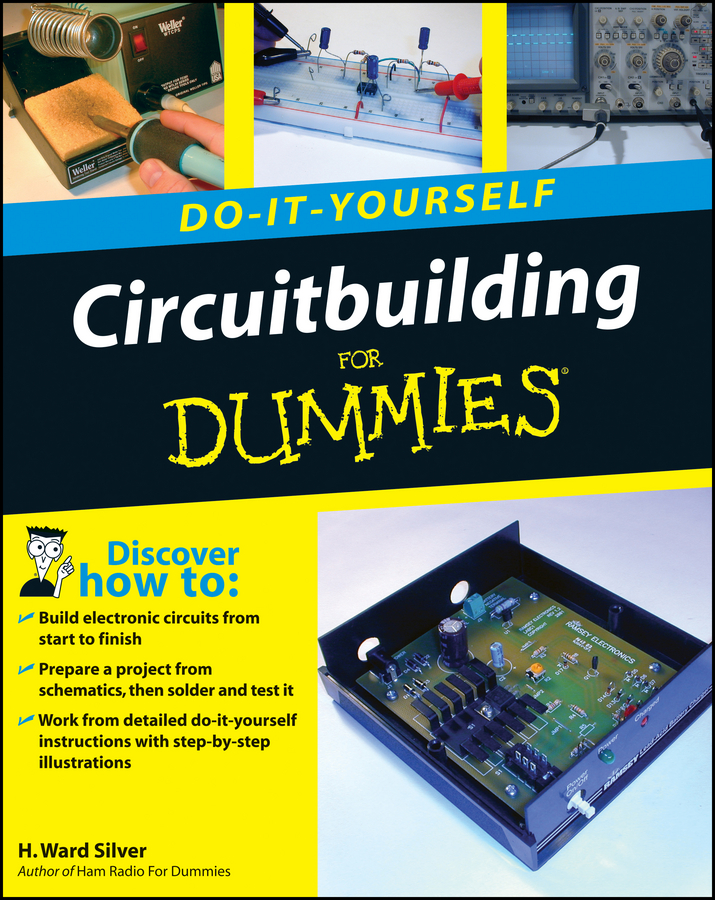 When you turn on your Xbox 360, you first need to perform the initial setup. This process lets you:

You're ready to get started. Press the Start button on your Xbox 360 — now!

1. Select the language you prefer to use in the Dashboard.

2. Press the A button on your controller to set the language.

After selecting your language, you automatically switch to the Gamer Profile menu. Your gamer profile is an identity that:

The following sections show how to use the right gamer profile option for your Xbox 360. You have three choices:

• You aren't hooking up your Xbox 360 to the Internet

• You prefer to play games without Xbox Live

An offline profile is an Xbox 360 identity you don't use with Xbox Live.

If your Xbox 360 has a high-speed Internet connection, you can create an Xbox Live profile. You can skip to one of the following sections:

Your offline profile's scores and other data (such as your preferred controller settings) are stored on a memory unit or hard drive and are available only on the Xbox 360 that you are playing on.

Creating a new offline profile is easy. Follow these steps:

1. Press A to use the default option, Create an Offline Profile.

2. Select a storage device and press A.

After you press A, a keyboard screen appears (Figure 1) and prompts you to enter your gamer profile name. 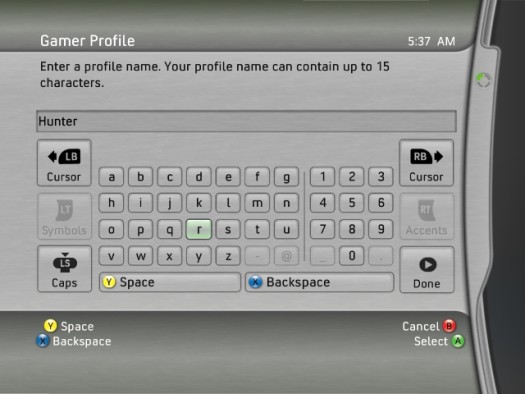 
3. Create your gamer profile name and press the Start button.

4. After you've typed your name in, you can do one of the following:

• Press the Guide button on your controller

After you press the Done button (or just press the Start button on the controller — the result is the same), the Gamer Picture screen opens.

If you want to use Xbox Live,the following sections show you how.

If your Xbox 360 console is connected to a high-speed Internet service, you can create a profile that uses Xbox Live.

Before you connect to Xbox Live, make sure that your Xbox 360 console is connected to your home network or high-speed Internet modem to ensure a smooth connection.

The Xbox Live setup steps depend on whether you're already an Xbox Live member.

I am a member of Xbox Live

If you're an Xbox Live member already, you can add your Xbox Live account to your gamer profile after you select the Xbox 360 console's language.

1. On the Gamer Profile screen, use the left analog stick (or the direction pad) to scroll down to I Am a Member of Xbox Live and then press A.

2. Press A to open the Keyboard screen, and then enter your current gamertag.

3. If you want to use a Microsoft .NET Passport account with Xbox Live, follow the on-screen instructions.

I want to join Xbox Live

1. On the Gamer Profile screen, select I Want to Join Xbox Live and then press A.

2. Scroll to the Join Xbox Live option and press A.

3. Select Yes and press A to continue.

4. Enter your gamertag and press Start.

Xbox Live checks the availability of your selected gamertag:

• If the name isn't available, you're prompted to try another name.

• If the gamertag is accepted, you are automatically prompted to link to your Passport account.

6. If you select No, Create One, you can now choose your Locale.

10. Select a password, a secret question, and a secret answer.

14. To accept the terms, choose Accept and press A.

When creating a new Xbox Live account, you have two basic choices:

• The Gold (paid) account lets you in on multiplayer games on Xbox Live.

19. Decide whether you want to subscribe to e-mail information about Xbox Live.