Playing DVDs on Your Xbox

Every Xbox 360 can play DVD movies right out of the box — with no additional parts necessary. Watching a movie on the Xbox 360 is a straightforward process.

If you have Xbox 360, you probably don't need a separate DVD player.

• Pop the DVD into the tray (like a game disc)

• Switch the console power on with a DVD in the drive

When the movie loads, the movie's menu screen usually appears automatically. You can use the arrow keys and OK button on your remote control (or the directional pad and A button on a regular Xbox 360 controller) to start the movie.

Although you can watch movies with no additional hardware, you will probably find it useful to have an Xbox 360 remote control.

If you're watching a DVD and press the Xbox Guide button (the orb with an X carved into it) on the remote, you're taken right into the Dashboard. The rest of your Xbox's features are never far away. 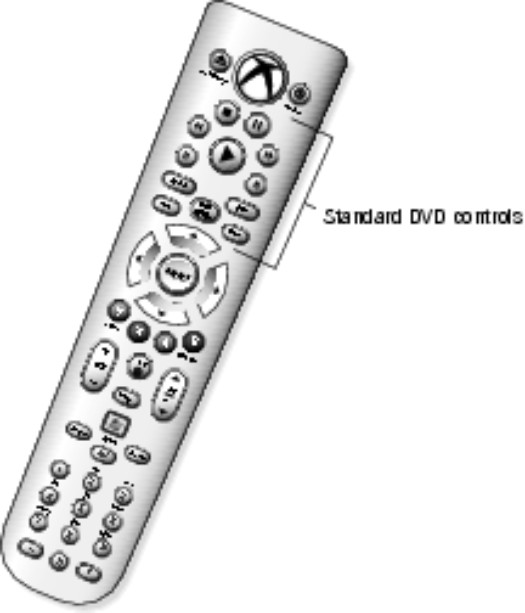 
This is sold separately for use with any Xbox 360 console. This remote has more features for your complete home entertainment system, such as:

The Universal control even lights up when you press it. That makes watching scary movies in the dark even better!

This remote is included with some of the first Xbox 360s sold (but it works with any Xbox 360 console).

Either of the Xbox 360 remotes can perform standard DVD activities, such as:

Any parental controls you've set up are in effect when you play a DVD. You need to enter a pass code before viewing content that exceeds the allowed rating.

Progressive scan is a feature of the DVD output in the Xbox 360 (and is a standard feature of most recent DVD players) that produces smoother output when playing movies on televisions that support high definition.

Progressive scan video only works when:

The Xbox 360 kicks itself into quiet mode when you watch a movie so that the console can slow its cooling system. The result isn't silence, but it's a lot closer to it than the first Xbox (which was loud).