Side Switches and Controls on Your iPad and iPad Mini

Here is an introduction to all the side switches and controls on your iPad or iPad mini. They include the side switch, volume up, and volume down controls. Here’s how to use them.

The iPad side switch

To prevent your iPad or iPad mini from disturbing the people nearby, you can put your tablet in silent mode, which means it doesn’t play any alerts or sound effects. When the sound is turned off, only alarms that you’ve set using the Clock app will sound.

You switch the iPad or iPad mini between normal and silent modes using the Side switch, which is located on the right side of the device, near the top (assuming you’re holding the tablet in portrait mode, where the Home button appears at the bottom), as shown here. 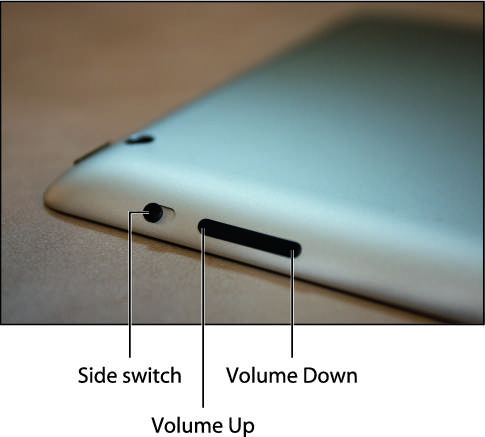 Use the Side switch to toggle your tablet between normal and silent modes.

Use the Side switch to control the following functions:

The iPad Air 2 doesn’t have a Side switch, so you have to adjust the volume manually using either the Volume controls or the Control Center.

The volume controls are on the right side of the iPad or iPad mini (again, when you’re holding the tablet in portrait mode) right below the Side switch. The iPad mini has two separate buttons but the iPad has what looks like a single volume control.

You use these buttons in the following ways to control the volume on your iPad or iPad mini: