How to Take Photos with Your iPad 2 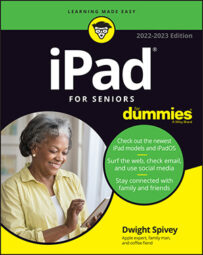 The iPad 2 comes with two cameras that allow you to capture video and photos. And because one camera is front-facing and the other is rear-facing, you can switch between them to capture images of yourself holding the iPad or images of what you're looking at. The front-facing camera captures VGA video and 3-megapixel photos; the rear-facing camera captures high-definition video and 5-megapixel photos.

When you capture photos, they appear in the Photos app's Camera Roll, where you can view them, e-mail them, and so on.

When you use an iPad camera, you can switch it between a standard camera and a video camera, and choose whether to use the front or back camera. To work with the standard camera to take pictures, follow these steps: