During the course of an American football game, a team’s offense often finds that one pass play works particularly well against a certain defense and matchup. To keep using the play in that game and to continue to confuse the defense, the offense often disguises that play by running it out of different formations while maintaining similar pass routes.

As an example, here’s a successful offensive play. Three receivers (WR), a tight end (TE), and a running back (RB) line up:

Then, they execute the play: 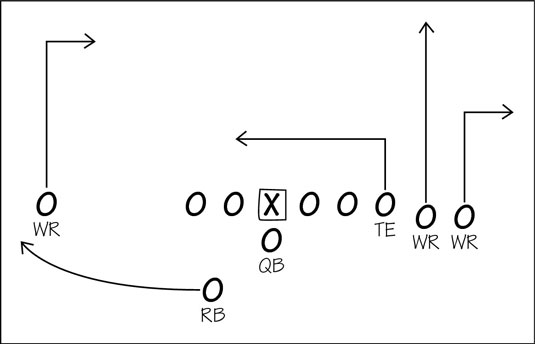 The quarterback wants to hit the receiver who lined up on the left side. If he isn’t open, he tries the middle with the tight end; lastly, he dumps the ball to the running back.

To modify this successful play, the offense makes a few changes: 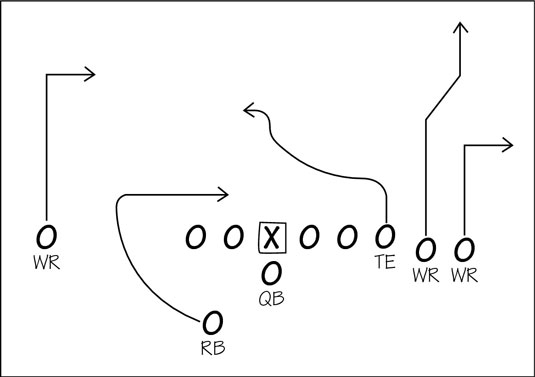 So, it’s pretty much the same play. The offense’s target remains the receiver to the left. And all those other receivers are simply decoys.