Explore Book Buy On Amazon
By default, picture files include information about camera orientation — that is, whether you held the Nikon D7500 camera in the normal, horizontal position when taking the picture or rotated it to vertical. During playback, the camera reads the orientation data and rotates vertically oriented images so that they appear in the upright position, as shown on the left. The picture is also automatically rotated when you view it in any photo programs that can read the data.

You can display vertically oriented pictures in their upright position (left) or sideways (right). 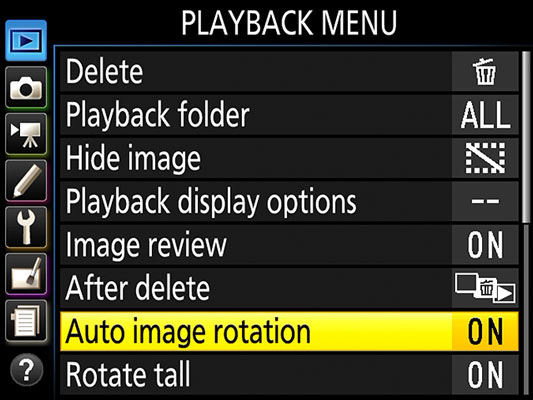 Regardless of the settings you choose, no rotation occurs during the Image Review period or when you're viewing a movie. Also be aware that shooting with the lens pointing directly up or down sometimes confuses the camera, causing it to record the wrong orientation data.