How to Capture Sporting Events on the Nikon D780 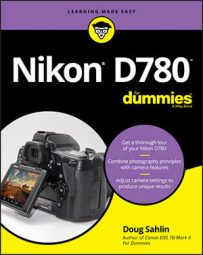 Explore Book Buy On Amazon
Photography is a wonderful pastime. You can use your Nikon D780 camera to capture memories of the things that interest you. If you’re a sports fan, you can photograph your favorite sport. You can photograph individual athletes, but sports have more to them than just the athletes. Whether your favorite sport is football or auto racing, each one has its own rituals. And every sport includes a supporting cast.

When you photograph a sporting event, you photograph each chapter of the event, from the pre-games festivities to the opening kickoff to the winning touchdown. Your creative mind, your knowledge of the sport, and the settings in this section give you all the tools you need to tell a story. Begin at the beginning, before the athletes flex their muscles or the drivers start their engines.

How to set the Nikon D780 camera

This section gives you a couple of different shooting scenarios. When you’re photographing the pre-event festivities, shoot in aperture-priority auto (A) mode. When your goal is to photograph an athlete preparing for the event, you want a shallow depth of field, so use a large aperture (a small f/stop number). When you want to photograph the crowd, or a group of athletes practicing, use a small aperture (a large f/stop number) to ensure a large depth of field.

These are the settings I recommend for shooting sporting events:

How to capture the event

When you photograph a sporting event, you have to be in the moment. Before the event starts, you can capture interesting pictures of the crowd, the athletes performing their pre-event rituals, and the athletes warming up. When the event starts, you can capture the frenetic action. When the event is well and truly underway, keep alert for any interesting situations that may arise and, of course, any team player who scores. If you’re photographing a car race, be sure to include pictures of pit stops and other associated activities such as a driver change during an endurance race. And you probably want a picture or two of the winning driver spraying the champagne.

Arrive at the event early and take pictures of anything that piques your curiosity. Remember to change settings based on what you’re photographing.

Photograph the pre-event activities, such as the introduction of the players, athletes going through pre-event rituals, the coach meeting with her team on the sidelines, or pictures of the drivers getting ready. You can get creative with your composition when you photograph the pre-race events. Don’t be afraid to turn the camera diagonally or venture to an interesting vantage point. Let your inner child run amuck and capture some unusual pictures.

The action can get a little crazy when an event begins. Each team is trying to gain an advantage over the other. If you’re photographing a race, drivers may battle fiercely to achieve the lead by the first corner. You never know what may happen. Stay alert for any possibility. Hold the camera and be ready to compose an image when you anticipate something interesting about to happen. Be proactive: Have the camera to your eye a split second before the crucial moment. 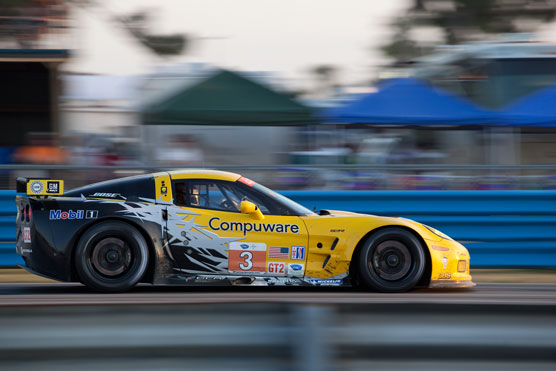 Photograph the middle of the event when the participants are a little battle weary.

Be on your toes, especially if the score is close. In the final minutes or final laps, it’s do or die. Athletes give their all to win the event, which gives you opportunities for some great pictures.