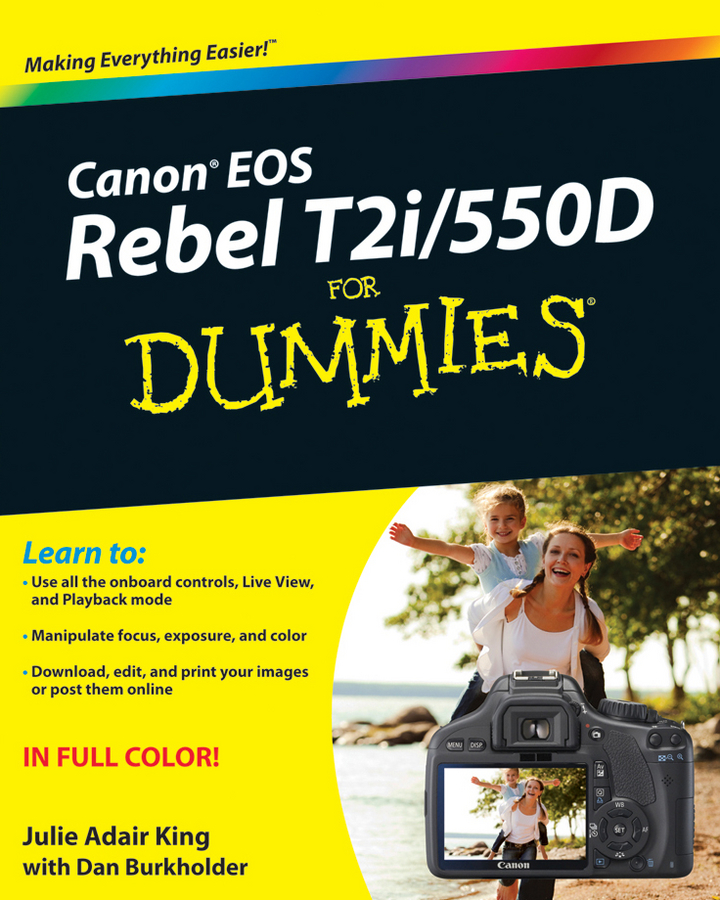 Explore Book Buy On Amazon
You can record audio on your Canon EOS Rebel T8i by attaching an external microphone to the camera or using the built-in microphone. (Either way, options on Shooting Menu 1 enable you to control sound recording for your Canon camera.

In Scene Intelligent Auto and other Basic Zone modes on your Canon EOS Rebel T8i, you have limited control over the audio portion of your movie: You can choose to record sound or disable audio recording. Make your preferences known through the Sound Recording option on Shooting Menu 1. 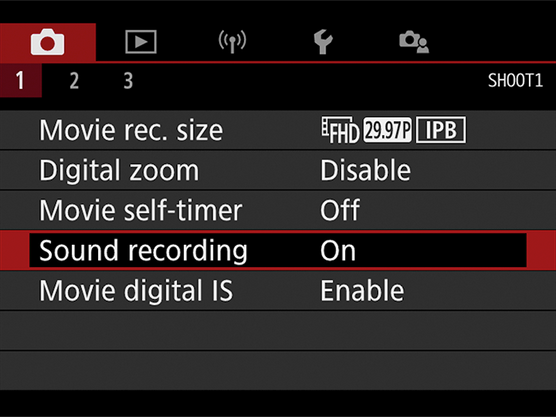 In Scene Intelligent Auto and other Basic Zone exposure modes, your only control over audio is to enable or disable sound recording.

When you set the camera to P, Tv, Av, or M exposure mode, you get a larger set of audio recording options. To explore them, choose Sound Recording from Shooting Menu 1, as shown on the left below, to display the screen shown on the right.

In P, Tv, Av, and M exposure modes, you have a few more audio options.

If you’re new to sound recording on your Canon camera, explore the next few sentences to discover the audio meter at the bottom of the right screen. An audio meter provides guidance about the sound level being picked up by the microphone. Stereo audio contains two channels, left and right, so you see a volume meter for each channel. Note that although the built-in Canon mic is a stereo mic, you can’t control the channels individually, so both meters always reflect the same data when you record on your Canon camera using that microphone.

Audio levels are measured in decibels (dB). Levels on the volume meter range from—40 (very, very soft) to 0 (as loud as can be measured digitally). The goal is to set the audio level so that sound peaks consistently in the -12 range. The indicators on the meter—the notches that run horizontally across the L and R bars of the meter—turn yellow in this range. The extra space beyond that level, called headroom, gives you both a good signal and a comfortable margin of error. But if the sound is too loud, the volume indicators peak at 0, with the last notch on the meter turning red, warning you that the audio may be distorted.

With Audio Meters 101 out of the way (was that the easiest class ever, or what?), here’s the rest of what you need to know about the three options on the Sound Recording settings screen on your Canon EOS Rebel T8i:

When sound is disabled, you see the microphone symbol highlighted on the left; when Manual recording is in force, an audio meter appears, as shown on the right

Select Rec. Level (left) to open the screen where you can adjust the audio recording level (right).