Explore Book Buy On Amazon
Robbing is a situation in which a beehive is attacked by invaders from other hives. The situation can be serious for a number of reasons: Many new beekeepers mistake a robbing situation as being the opposite of a problem. Look at all that activity around the hive! Business must be booming! It's a natural mistake. The hive's entrance is furious with activity. Bees are everywhere. Thousands of them are darting in, out, and all around the hive. But look more closely. . . .

Knowing the difference between normal and abnormal (robbing) behavior

A busy hive during the nectar flow may have a lot of activity at the entrance, but the normal behavior of foraging bees looks different than a robbing situation. Foraging bees go to and fro with a purpose. They shoot straight out of the hive and are quickly up and away. Returning foragers are weighted down with nectar and pollen and land solidly when returning to their hive. Some even undershoot the entrance and crash-land just short of the bottom board.

Normal activity at the hive's entrance can look unusually busy. This is when young worker bees take their orientation flights. Facing the hive, they hover up, down, and back and forth. They're orienting themselves to the location of their hive. You may see hundreds of these young bees floating around the front of the hive, but there's nothing aggressive or frantic about their exploratory behavior.

You may also see a lot of activity during the afternoons when the drones are in flight, searching enthusiastically for virgin queens from other colonies. These drone flights are normal frenzies and should not be mistaken for robbing behavior.

In contrast to these normal busy situations, robbing takes on an aggressive and sinister look. Try to recognize the warning signs:

Putting a stop to a robbing attack

If you think you have a robbing situation under way, don't waste time. Use one or more of the following suggestions to halt robbing and prevent disaster:

Preventing robbing in the first place

The best of all worlds is to prevent robbing from happening at all. Here's what you can do: 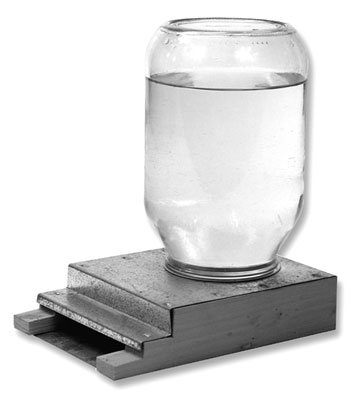 Don't use a Boardman entrance feeder — the smell of the syrup can entice strange bees to rob your hive.