How to Release Pressure Inside the Instant Pot

By: Wendy Jo Peterson and Elizabeth Shaw and
Updated: 03-20-2020
From The Book: Instant Pot Cookbook For Dummies 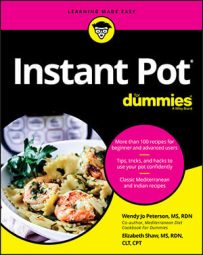 Explore Book Buy On Amazon
What goes up, must come down, right? Well, that old adage applies to the Instant Pot as well! The temperature gradually rises inside the pot to build up pressure to cook the food, and you eventually have to release that pressure. 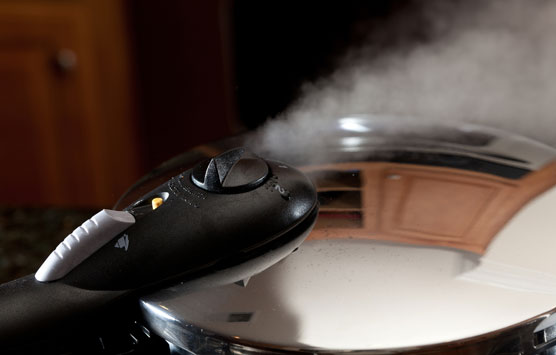 The more liquid you have in the pot and the cooler the temperature, the longer the pot will take to come to pressure.

The lid that comes with your Instant Pot has a built-in mechanism that allows you to control the way in which the pressure is released inside the pot.

But before pressure can build up, you have to adjust the valve on the top part of the lid and make sure it’s placed in the Sealing position. The Sealing position locks the lid in place and prevents steam from escaping, which would hinder your pot from heating up to the appropriate temperature to heat your food.

That same valve also has a Venting position, which allows the pressure to quickly release to avoid overcooking your food. To understand this a little bit better, you need to understand the pressure release options for the lid: Natural Release and Quick Release.

If you release the pressure too quickly, steam and potentially some liquid may escape from the pot. Take note of our suggested pressure release method for each recipe.

Here are the two methods for releasing pressure from the Instant Pot:

Here are the most common reasons we enlist the Natural Release function in this book:

If you’re looking for a recipe that enlists this time-saving spirit, be sure to read the heading section of the recipe and make sure it says Quick Release.

Here are the most common reasons we enlist the Quick Release function in this book:

Don’t vary the release method for the recipes—follow the instructions we’ve provided. Trust us, there’s a method to our recipe writing madness!

Wendy Jo Peterson MS, RDN, enhances the nutrition of clients ranging from elite athletes to pediatric patients, and is currently a culinary instructor at Mesa College.

Wendy Jo Peterson, MS, RDN, is a dietitian, culinary instructor, award-winning coauthor of Born to Eat, and a contributor to Taste of Home magazine.