By: The Experts at Dummies and
Updated: 03-26-2016
From The Book: Gluten-Free All-in-One For Dummies 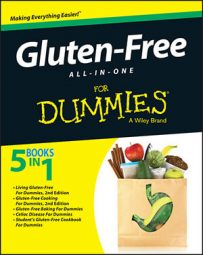 This gluten-free recipe for breakfast bread pudding is sure to be a hit at your next brunch party. Because of the soaking time required, assemble this the night before.

Use orange juice in place of the rum.