When to Use the F-Distribution

The F-distribution is a continuous probability distribution, which means that it is defined for an infinite number of different values. The F-distribution can be used for several types of applications, including testing hypotheses about the equality of two population variances and testing the validity of a multiple regression equation.

The F-distribution has two important properties: 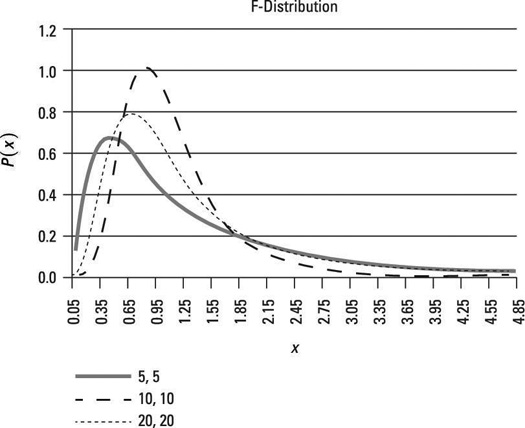 The shape of the F-distribution varies with its degrees of freedom (df).

The level of significance, designated