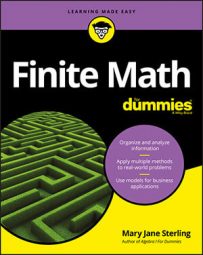 Explore Book Buy On Amazon
The classic prisoner’s dilemma is a popular problem in game theory, and so you may encounter it in a finite math course. The prisoner’s dilemma has many other applications, but it is probably best described with the following situation.

During questioning, the prosecutor makes each gang member an offer. The offer is that the prisoner being questioned would be set free if he testifies that the other committed the major felony. But there are consequences. Here are the consequences, naming the two prisoners Ron and Cal.

How does this play out?

Now, putting this in a payoff matrix with the “consequences” in terms of what happens to Ron, you get the following (the negative numbers indicate years served):