By: Artemis Morris and Molly Rossiter and
Updated: 09-01-2020
From The Book: Anti-Inflammatory Diet For Dummies 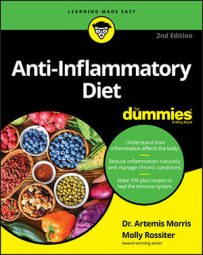 Explore Book Buy On Amazon
Changing your diet to include anti-inflammatory foods, spices, herbs, and beverages is the first and most important step in the battle against inflammation and chronic disease. Getting a lot of good exercise — both heart-pumping cardiovascular workouts and relaxing yoga — is another good step.

Finding those supplements — natural herbs and enzymes — that give your new diet that extra boost is an added bonus in the fight against inflammation. From herbs that keep migraines at bay to vitamins that help reduce the risk of cancer, supplements should be part of your daily routine. We discuss our top ten anti-inflammatory herb and supplement picks in this list.

Always consult a physician or pharmacist who is knowledgeable in herbs and supplements and their interactions before trying any herbs or supplements on your own.

Eicosapentaenoic acid (EPA) and docosahexaenoic acid (DHA) are two essential fatty acids derived from fish and some vegetarian sources. You can’t make these fatty acids in your body — that’s why they’re essential fatty acids — so you need to get them from food or supplements daily. EPA and DHA are anti-inflammatory superstars because they compete against a pro-inflammatory compound called arachidonic acid (AA) for incorporation into cellular membranes. 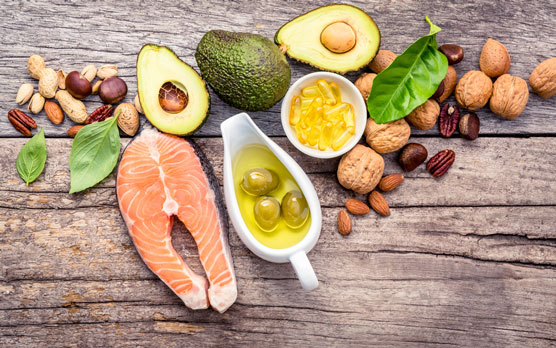 Use fish (such as salmon and sardines) and fish oils as your primary sources of EPA and DHA. Vegetarian sources of omega-3 fatty acids (flax and chia, for example) contain alpha linolenic acid (ALA), which gets converted into DHA.

If you can’t find fish that are low in mercury and other toxins, take a high-quality fish oil supplement with both EPA and DHA for an anti-inflammatory diet.

Just as important as the positives that take place when you do supplement your diet with fish oils is what happens when you don’t. Some studies have linked an omega-3 deficiency to an increased risk of depression.

Here are some basic tips to keep in mind before increasing your intake of mixed EPA and DHA from fish oils:

The root of the ginger plant has multiple anti-inflammatory benefits and helps reduce symptoms in inflammatory disorders. Benefits of gingerroot, commonly referred simply as ginger, include the following: 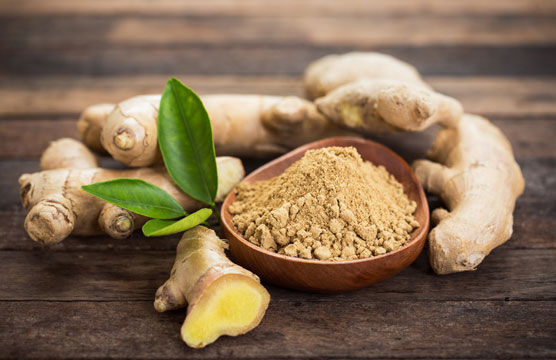 Here are some basic facts you should know about taking ginger:

Turmeric comes from the root of the Indian Curcuma longa plant and is a main ingredient in curry. It contains an extract called curcumin that researchers have studied extensively for its multiple anti-inflammatory benefits. Curcumin lends the spice its bright orange color. 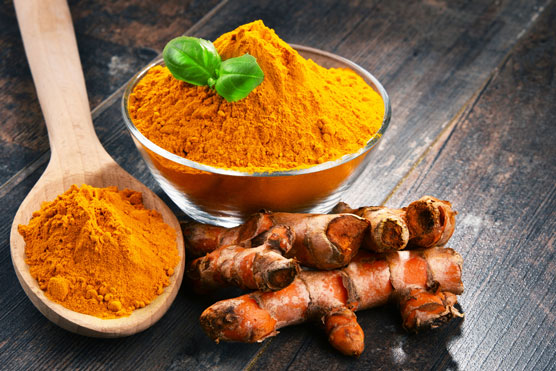 Curcumin works in much the same way as ibuprofen but without the gastrointestinal side effects. Curcumin also works as an antioxidant and stimulates the immune system. However, turmeric doesn’t have a lot of curcumin, so in order to get the most out of this super spice, find a turmeric extract with high levels of curcumin.

Here are some of the anti-inflammatory benefits of curcumin:

Here are some basic facts you should know about taking curcumin:

N-acetyl cysteine (NAC) is a derivative of amino acids, the building blocks of protein. NAC reduces free-radical damage and stops inflammation by acting as an antioxidant.

Here are some of the anti-inflammatory benefits of NAC:

Here are some basic facts you should know about taking NAC:

Zinc is a mineral that plays an important role in the human body; in fact, it’s necessary for a healthy immune system. Not having enough zinc can lead to an increased risk of disease and inflammation.

Although zinc is found naturally in many foods, it’s also available as a supplement. Whether you get your zinc from your diet or by taking supplements, make sure to get the right amounts.

Boswellia, the tree resin from the Boswellia serrata plant, is also called Indian frankincense. It contains boswellic acid and alpha and beta boswellic acid, which researchers found to have anti-inflammatory properties in laboratory research.

Boswellia is an arthritis pain reliever in that it decreases the breakdown of cartilage and helps keep the joints lubricated. For autoimmune disease, boswellia appears to inhibit the chemical signals of autoimmune disease and reduce the formation of antibodies, the body’s attack cells.

Among boswellia’s benefits are the following:

Here are some basic facts you should know about taking Boswellia:

Vitamin D is probably one of the easiest nutrients to obtain, yet it’s one in which the majority of people have deficiencies. Vitamin D is a fat-soluble vitamin that is stimulated in the skin by exposure to the sun and is found in small amounts in some foods. To get the most benefits, be sure to take vitamin D3.

The following are among vitamin D’s many anti-inflammatory benefits:

Here are some basic facts you should know about vitamin D:

Spending time outside really can boost your vitamin D levels. In fact, full-body sun exposure for about 12 minutes during the sunniest part of the day (midday) produces approximately 10,000 units of vitamin D.

Caution is advised with vitamin D in people with liver disease, high blood calcium levels, and granulomatous disorders such as sarcoidosis and tuberculosis (TB).

Vitamin C, also known as ascorbic acid, is a water-soluble vitamin that decreases inflammation by acting as a potent antioxidant. Vitamin C also decreases C-reactive protein, the protein that gets elevated when your body is inflamed.

Among the anti-inflammatory benefits of vitamin C are the following:

Here are some basic facts you should know about increasing your intake of vitamin C:

Here are some of papain’s anti-inflammatory benefits:

Here are some basic facts you should know about taking papain:

Coenzyme Q10 is a vitamin-like substance that provides energy to all the cells of your body. It’s an antioxidant, and it helps stabilize the cell membranes. You need coenzyme Q10 to complete many of your metabolic functions. For example, the mitochondria in your cells use it to make adenosine triphosphate (ATP), your cells’ main energy source.

Among the anti-inflammatory benefits of coenzyme Q10 are the following:

Here are some basic facts you should know about taking coenzyme Q10: