Explore Book Buy On Amazon
You know lowering inflammation can make you feel less bad, but did you know that anti-inflammatory foods can actually make you feel good? Eating right and getting rid of the pain and irritation of inflammation can elevate your mood, which in turn makes you want to move more, socialize more, and just do more.

Without achy joints, you may be more willing to take that walk with a friend. Without irritable bowel syndrome, you may be less afraid to try that new restaurant down the street. And without high sensitivity C-reactive protein (hsCRP) working against you, you may feel more like finishing that crossword puzzle, taking a stroll down memory lane, or just relaxing with the family.

This list highlights ten benefits of combating inflammation with changes to your diet.

A little inflammation is the way your body heals, but too much inflammation going on for too long makes you feel crummy. You’re tired, your legs hurt, your arms hurt. You’re not sleeping well and have an increased risk for cancer or heart disease. It’s no wonder inflammation can put you in a bad mood. But decreasing inflammation doesn’t just get rid of all those reasons to feel bad; it also has a positive effect on your brain chemistry. 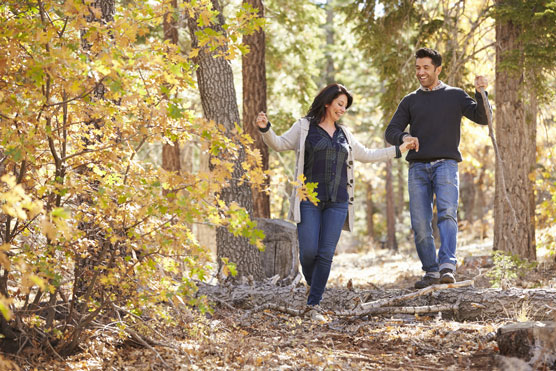 You’ve heard the sayings about “an apple a day keeps the doctor away” or “all anyone needs is chocolate” to make them feel better. There’s more truth to that than you may think. Following an anti-inflammatory diet to reduce inflammation and lower risks for a number of chronic diseases also elevates the release of good neurotransmitters, the chemical signals in your brain.

In other words, it makes you happy. People suffering from depression tend to have higher levels of inflammatory chemicals in their blood as well as a higher stress-induced inflammatory response. The omega-3 fatty acids found in fish, flax, and walnuts may be part of the anti-inflammatory response your brain gives, releasing neurotransmitters. Those neurotransmitters make you feel happier than they would if you didn’t get them in your diet or supplements on a regular basis; without the omega-3 fatty acids enhancing those neurotransmitters, getting healthy may take quite a bit longer.

Decreasing stress and anger can do more than make you feel good. A Duke University study showed that men with more anger, depression, and hostility had higher levels of systemic inflammation, which also leads to increased risk of heart attacks and heart disease. Researchers studied U.S. veterans of the Vietnam War over a ten-year period and discovered that otherwise healthy men who are prone to anger, hostility, and depression produce higher levels of inflammation markers present in heart disease and stroke.

There are some easy ways to combat mood swings: Take a walk outside, particularly on a sunny day. You’ll get an added dose of vitamin D and the sun will likely help boost your mood, as well. No sunshine? Get out the yoga mat and do a quick 15-minute workout or some yoga.

The inflammation signal C-reactive protein (hsCRP), which is linked to heart and cardiovascular disease, also interferes with cognitive function in children and adults and is linked to the development of Alzheimer’s disease.

Following an anti-inflammatory diet doesn’t have to start later in life. In a 2018 study in the journal Brain, Behavior, and Immunity, researchers discovered that in a group of 800 Australian teens, those whose diet was heavy in red meats, processed foods, and sweets were more likely to be obese or have higher rates of mental illness. Those who followed an anti-inflammatory diet, such as a Mediterranean diet, didn’t show any of those symptoms.

The brain benefits continue as you age. A 2019 European study found that following an anti-inflammatory may not only protect the brain but also inhibit neuroinflammation associated with Alzheimer’s disease.

Inflammation, not simply the high cholesterol levels that have been blamed for so long, is an initiator of heart disease. In fact, cholesterol is just your body’s way of trying to patch up the damage caused by inflammation.

A blood test called the highly sensitive cardio C-reactive protein (hsCRP) measures how much of this inflammatory substance is being produced in your body and rates it according to your risk of developing cardiovascular disease. If you have an elevated hsCRP, you can decrease your risk (and your inflammation numbers) by following an anti-inflammatory diet.

To make the diet more specific for you, consult with a physician trained in identifying and addressing food allergies and sensitivities in order to identify which foods to avoid. The physician can also guide you in ways to follow an anti-inflammatory diet and lifestyle that’s tailored to your needs.

High cholesterol may not be the cause of cardiovascular disease, but it’s still a pretty meaningful risk factor. By following an anti-inflammatory diet and lifestyle, you can decrease your cholesterol because you’re removing foods from your diet that increase blood cholesterol and triglyceride levels (that also happen to increase inflammation), such as saturated fat, inflammatory protein sources, fried foods, and cured meats. You’re also increasing foods that decrease cholesterol (and inflammation), such as fresh vegetables, fruit, legumes, and whole grains.

Studies have long shown that reducing dietary cholesterol is effective in reducing inflammation and its ties to heart and cardiovascular disease. Different foods can help lower cholesterol in a variety of ways. Some provide soluble fiber, which helps the body rid itself of the cholesterol before it causes harm, others work to lower the LDL, and still others contain substances from plants — sterols, stanols, and polyphenols — which help the body block absorption of the cholesterol.

In a 2019 study out of Athens, Greece, researchers concluded that the link between inflammation and both Type 1 and Type 2 diabetes is strong enough that further research into the link is imperative to help curb the prevalence of diabetes.

Eating foods that cause inflammation can make you gain weight. Simply removing the “bad” foods that contribute to inflammation may lead to weight loss. Toxins accumulate in your fat cells, making it harder for those cells to provide chemical signals to the rest of your body regarding metabolism and endocrine function. By reducing inflammation, you’re making sure that all your cells, including the fat cells, have the right membrane coating and are creating healthier signals for your body.

The chemical signals help with weight stabilization and let your body function at its best. The endocrine system regulates weight and hormones, influences risk of metabolic syndrome and diabetes, and more. When toxins accumulate in fat cells, they prevent the endocrine system from working correctly.

Obesity and inflammation go hand-in-hand. A 2013 study out of East-West Medical Science, Kyung Hee University, Yongin, Korea, showed that obesity promotes inflammation, and by losing weight on an anti-inflammatory diet, with the help of various vitamins and nutrients, you can you can lower inflammatory risk factors that can lead to other chronic diseases, such as cardiovascular disease and diabetes.

Decreasing inflammation with the right types of anti-inflammatory food choices increases your bone strength and helps prevent osteoporosis, the thinning of bone tissue and loss of bone density, and osteopenia, which is lower-than-normal bone mineral density.

Search for foods with strong concentrations of phytonutrients — plant-based antioxidants that go to battle with the free radicals that kick off a variety of illnesses, including osteoporosis. Examples of phytonutrients include beta-carotene and lycopene.

It makes sense that decreasing your risk of inflammation would also decrease your risk of developing those disorders. Identifying and addressing the dietary causes of inflammation that are contributing to the autoimmune response helps stop the inflammatory fire and decreases symptoms naturally.

Researchers at the University of Manchester Medical School in England found that people who followed a diet rich in dietary carotenoids — the antioxidants that give fruits and vegetables their orange and yellow coloring — dramatically reduced their risk of rheumatoid arthritis.

Multiple studies have shown that eating foods such as vegetables, fruits, and whole grains and that avoiding others, such as red meat and bad fats, lower cancer risk. But an anti-inflammation diet doesn’t just lower your cancer risk; it can also help people who already have cancer.

Inflammation creates a state of chaos rather than calm for damaged or sick cells, especially cancer cells. Instead of attacking and killing the diseased cells, inflammation provides a “healing ground” for them, allowing them to not only grow but multiply. Maintaining a healthy diet of anti-inflammatory foods can help keep inflammation in check and the immune system working efficiently.

Since the first edition of this book, infertility continues to be on the rise for both men and women. Fertility is highest when inflammation is low or nonexistent, and keeping inflammation down can lower the risk of pre-eclampsia and miscarriage during pregnancy. Decreasing inflammation with antioxidants and omega-3 fish oils has been shown to improve fertility and decrease complications of pregnancy.

Preeclampsia is a condition in which the woman’s blood pressure is elevated, posing a threat to both mother and child. A 2018 study from the University of Mississippi Medical Center showed that preeclampsia is associated with proinflammatory cytokines. An anti-inflammatory diet can work to help regulate the cytokines and reduce the risk of preeclampsia in pregnancy.