How to Make Extracts from Cannabis

By: Kim Ronkin Casey and Joe Kraynak and
Updated: 03-31-2022
From The Book: Cannabis For Dummies 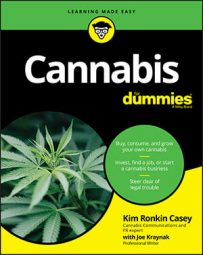 Explore Book Buy On Amazon
Concentrates and extracts can be made from medical cannabis through a variety of extraction methods, some more complex and dangerous than others. The extraction method of choice is based on the desired end product, as presented in the following table. 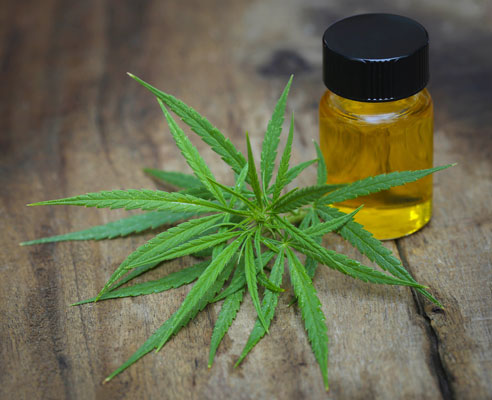 The most common non-solvent extraction methods use water or a combination of heat and pressure. These methods are much easier than solvent methods to perform safely and typically are less strictly regulated.

Dry sift consists of physically knocking the trichomes off the flower and collecting them to produce kief. Many herb grinders have three chambers; as you grind your flower, it falls into the second chamber that has a screen on the bottom through which the kief passes, collecting in the third chamber. To produce larger volumes of kief, you can use silk screening equipment to separate the kief from the plant matter.

One of the oldest methods for making hash is hand rolling. You start with fresh cannabis (not dried or cured) and gently roll it between the palms of your hands. The sticky trichomes come off the plant and stick to your hands. You can then scrape the substance off or continue to rub your hands together to create a sticky ball or stick of hash — commonly referred to as “charas.”

If you’re interested in creating your own concentrates, the ice water and dry ice methods are safest and easiest. The process consists of placing flower in ice water to freeze the trichomes and then agitating the mixture to knock the trichomes off the flower. You then filter the mixture through progressively smaller screens to remove the plant matter. You place the wet hash in a cool, dark place to dry it, and then you press it into cakes to create hashish — technically referred to as bubble hash.

You can smoke bubble hash or use it as an ingredient in edible products.

To create rosin, you apply pressure and heat to flower, kief, or bubble hash. You can purchase a rosin press that’s built specifically for the job or use a hair straightener or T-shirt press. You place your starting flower, kief, or bubble hash between two pieces of parchment paper or in a small-micron bag and squeeze it between two heated metal plates.

You can whip rosin by stirring it to create a consistency that’s more like peanut butter, which may make it easier to handle and to mix with other edible ingredients, but whipping may reduce its potency.

By baking cannabis and then simmering it in butter and water, you can create your own cannabis-infused butter. When it cools, the butter separates out from the water, and you can discard the water. You can then use the butter to create your own edibles.

By baking cannabis and then simmering it in alcohol, you can create your own tinctures, which you can take sublingually or add to beverages.

In solvent extraction processes, a solvent is added to the plant material. Pressure and temperature are then altered to enable the solvent to dissolve the desired components of the plant. Any remaining solvent is removed, leaving behind the oils, cannabinoids, and terpenes extracted from the plant.

Think of solvent extraction methods like brewing a pot of coffee. You pour hot water over coffee grounds contained in a filter. The hot water acts as a solvent, extracting the caffeine and the substances that give coffee its aroma and flavor. The filter removes all the plant matter — the ground coffee beans. Although hot water isn’t the greatest solvent for cannabis, the concept is the same.

Below, we describe several different solvent extraction methods, so you have a general idea of what’s involved in each process.

Don’t try any solvent extraction method at home. Combinations of solvents, heat, pressure, and even static electricity can result in deadly explosions.

If you work in an extraction facility, safety is your top priority. Many regulatory bodies require closed loop systems, which allow only minute amounts of solvents into the surrounding air; the result is that volatile fumes can easily build up in the contained spaces of a facility.

Facilities employing this type of extraction should include filters, fire resistant building materials, sensors, alarms, and safety protocols. Personnel should be required to wear fireproof coverings and anti-static footwear (to prevent sparks). Any plastic materials, including plastic bags, which are susceptible to creating static electricity, should be banned. Even the smallest spark can ignite the volatile gasses and cause an explosion. Personnel must be trained properly on all processes and procedures and should perform their duties with the utmost care and diligence.

Butane, propane, or both

Butane and propane are commonly used as solvents to create extracts referred to as butane hash oil (BHO) or propane hash oil (PHO). Depending on the raw materials and the process, the extracts produced vary in consistency and include shatter, wax, budder, live resin, THC crystalline, and terpene juice, most of which you can purchase at a dispensary.

Regardless of whether the solvent used is butane, propane, or a combination of the two, the process is generally the same. Plant matter is placed in a column with a screen at one end, and butane passes through the column, extracting the cannabinoids and terpenes from the plant matter. The solution is then placed in a vacuum oven to purge (evaporate) the solvent, leaving behind the BHO or PHO, which should contain very little to no solvent.

In commercial facilities, butane and propane extractions also involve manipulating pressure and temperature. Pressurizing and chilling the gas converts it to a liquid, which can then be mixed with the plant matter to create a “soup.” A vacuum oven uses heat and depressurization to convert the solvent back into its gas form, and the gas is reclaimed.

The process is most safely performed using a closed loop system — an automated or semi-automated system that regulates the parameters of the process. Due to the hazards associated with these solvents, many regulatory bodies require special licensing and permits to perform butane and propane extractions. A closed loop system uses heat to reclaim the gas from the “soup” prior to placing it in the oven.

CO2 extraction is similar to that of butane and propane extraction in that it manipulates the temperature and the pressure of a gas to extract substances from cannabis plants. However, CO2 extraction has some notable benefits: The one potential drawback of CO2 extraction is that the extracts may lack the flavor profile (due to a loss of terpene content) present in BHO and PHO.

Oil produced by CO2 extraction is used in almost every vaporizer (vape) device on the market. It’s also used for dabbing and to manufacture a wide variety of MIPs, including edibles and lotions. Terpenes are sometimes added back into the CO2 oil to add desired flavors and aroma.

You may have heard about Rick Simpson Oil (RSO), named after its creator, who claims it cured his cancer. While we respect Mr. Simpson’s work and especially his dedication to helping others, we caution you not to try it yourself. His method involves the use of toxic, volatile solvents along with boiling off the solvents. The fumes can be very harmful and, when combined with the heat needed for the boiling-off process, susceptible to explosion. While he provides guidance on how to reduce the risks, the process is still dangerous, especially if done indoors, which would be a big no-no.

Kim Ronkin Casey has been a communications professional for more than 20 years and recently took a year-long leap into the world of cannabis as the communications manager for one of the leading dispensaries in North America. She now consults for companies in the industry on internal and external communications. Joe Kraynak is a professional writer who has contributed to numerous For Dummies books.