10 Essential Natural Cures Supplements to Keep in Your “Medicine” Chest 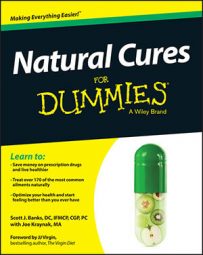 Today’s food supply is often deficient in nutrients, and environmental factors frequently disrupt the body’s natural balance, so sometimes you need natural cures to supplement your diet to correct nutritional deficiencies, boost the immune system, or give your body something extra that has been proven to help it recover from a specific illness. Following are the ten most essential supplements to keep in your medicine cabinet. These must-haves prevent and reverse a host of common illnesses, naturally:

Dr. Scott J. Banks has been in clinical practice for more than 30 years. In 2013, Banks joined an elite group Institute for Functional Medicine Certified Practitioners. He is uniquely trained in the Functional Medicine model to identify and treat the root causes of illness, disease, and chronic disorders.