The Three Types of AD/HD 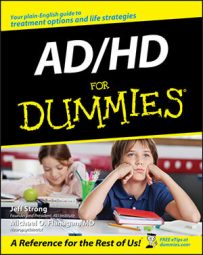 AD/HD looks different in almost everyone. You may have problems regulating yourself if you’re dealing with AD/HD. This can happen in areas of attention, behavior, and motor movements. The term attention deficit/hyperactivity disorder (AD/HD) comes from the American Psychiatric Association’s Diagnostic and Statistical Manual of Mental Disorders (DSM-IV) and the DSM-IV outlines three basic types of AD/HD:

To have AD/HD, your symptoms must meet certain guidelines, including: