What Is Social Engineering?

Phishing is a type of social engineering attack that occurs when the hacker sends an email message to a user with the hope that the user will click on hyperlinks within the message. These hyperlinks link to malicious websites that collect information from the user. For example, a hacker may send an email message that appears to be from the user’s banking institution, and links within the message take the user to a site that looks like the bank’s site. Because the site looks familiar to the user, the user may then feel comfortable supplying his or her account information, not knowing it is a fake bank site. All the time this is going on, the hacker is collecting the information that is typed into the fake site. 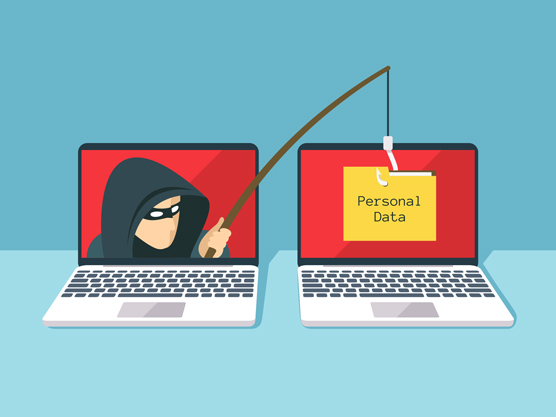 With a regular phishing attack, the hacker sends the email message to a pool of email addresses the hacker was able to discover without really any thought to who the email goes to. When you do a penetration test, you can do the same: collect a bunch of email addresses for the target organization and then email all of the addresses to see if someone goes to the fake site.

For the PenTest+ certification exam, remember the different forms of phishing attacks. Also remember that the rules of engagement should identify whether social engineering attacks are allowed in the penetration test.

Shoulder surfing is a traditional type of attack in which the hacker watches over the shoulder of the user to see what the user is typing on the computer or mobile device to obtain information.

Another type of social engineering attack common with penetration testing is a USB key drop. With a USB key drop, the pentester will leave USB flash drives all over the organization in hopes that an employee picks it up and plugs it into a computer to see what is on the drive. As a penetration tester, you will configure a script or application to automatically run when the drive is connected that will send an email message to you that includes information such as the IP address of the system the drive is connected to.

With USB key drop, you are able to find out the security awareness level of the organization. If you set out ten USB drives and you get eight email messages, it is obvious that the employees do not understand that they should not connect untrusted devices to their computers.

Other forms of social engineering

In addition to the types of social engineering attacks discussed in the previous sections, social engineering attacks may also take the form of impersonation and interrogation. For example, a hacker (or pentester) could impersonate an administrator to try to trick the user into compromising security (for example, maybe the hacker convinces the user to change his or her password).

In addition, interrogation is another form of social engineering attack specifically called out in the objectives of the CompTIA PenTest+ certification exam. When interviewing or interrogating people, a number of physical reactions to questions can be used to identify topic areas that should lead to more questioning. For example, when people start to feel stress, they usually start to touch their face a lot — watch for these visual cues during interviews and interrogation.

The key point to remember about social engineering is that your goal is elicitation. You would like to elicit a response or reaction from employees that cause them to compromise security. You could also use a business email compromise (BEC) attack where you gain access to an employee’s corporate email account and use that to send messages to other employees in the company.

What are some of the motivation techniques used in social engineering attacks that cause the attack to be successful? A common technique is to evoke a sense of urgency for the end user to click the link in an email message from the hacker. When social engineering attacks are sent out, the hacker usually stresses a sense of urgency to act now as a method to get the user to click the link or run the application without thinking about it too much.

Following is a list of motivational techniques often used by the hacker or penetration tester to get a user to compromise security: