The Impact of the American Revolution on the Home Front 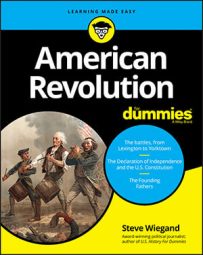 Explore Book Buy On Amazon
America’s independence was ultimately won not by the actions of a few extraordinary individuals, but by the efforts and sacrifices of hundreds of thousands of “ordinary” people. The impact of the struggle on various groups within the country, however, and their reactions to it, varied widely and often set neighbor against neighbor.

In Delaware, a mob dragged a neighbor from his home to be “humiliated in publick” by being whipped by a “lowly” African American. In Connecticut, another mob stripped a local doctor of his clothing, covered him in hog dung, and then broke the windows of his house.

“Times began to be troublesome, and people began to divide into parties,” James Collins, then a 16-year-old North Carolina boy, noted in his memoirs years later. “Those that had been good friends in times past became enemies; they began to watch each other with jealous eyes, and were designated by the names of ‘Whig’ and ‘Tory.’”

What Collins was witness to was the American civil war that raged within the larger global conflict. Whigs (after the British political party considered more sympathetic to the American cause) was a term used to describe those Americans who favored independence from Britain, although they often called themselves Patriots, and their foes most often called them Rebels. Tories (after the conservative British political party) referred to those who either remained loyal to the crown (also referred to as Loyalists) or who refused to embrace either side.

It was an ugly war. The Delaware man who was whipped happened to be a Patriot constable who was targeted by his Loyalist neighbors. The Connecticut doctor was a supporter of the king and ran afoul of his Patriot neighbors.

Whippings and beatings were by no means the worst confrontations between Americans on opposing sides. In Virginia, for example, a militia officer presided over “trials” of those not deemed patriotic enough. He resorted to hanging them so often from the large walnut tree in his backyard, his name became synonymous with such extra-legal executions. His name was Charles Lynch.

Deciding who was a Tory

For ardent Patriots such as the firebrand writer Thomas Paine, determining who was friend or foe was a straightforward process: “He that is not a supporter of the Independent States of America . . . is, in the American sense of the word, a TORY.” But in reality, it wasn’t that simple. Nor is it accurate to assume that Loyalists were all powdered-wig-wearing, snuff-sniffing, upper-crust aristocrats.

In fact, some Americans didn’t embrace the cause of independence for dozens of reasons. True, some were indeed motivated by a wish to maintain their status quo of wealth and privilege. Others were directly affiliated with the British government in various capacities and had an obvious vested interest in the revolution failing.

But many were motivated by their own form of patriotism, to the king and Britain. Others saw themselves as sensible, moderate, and respectful of law and order. Some thought a war of rebellion wasn’t necessary to work out differences between the colonies and the mother country.

Many tenant farmers of rich Patriots felt more oppressed by their landlords than they did by George III. Non-Irish Catholics feared persecution by the largely Protestant Patriots. As the war dragged on, some of the working poor were resentful of Patriot military drafts that allowed the wealthy to buy their way out of service. And some Americans didn’t like being pushed around by anyone, or just wanted to be left alone.

“Many people who disapprove Independence have no other wish than to remain at peace,” observed James Allen, a Philadelphia lawyer. “& (be) secure in their persons without influencing the minds of others.”

Thousands — maybe as many as 80,000 at the start of the war — were religious pacifists who had come to America to avoid conflicts: Quakers, Shakers, Moravians, Mennonites, and Amish among them.

Just how many of the estimated 2.5 million non-Native American people living in the rebellious colonies were Loyalists is impossible to precisely determine. Historians’ estimates have ranged from 20 percent to 35 percent. That doesn’t include the colonies’ 500,000 African American slaves. Nor does it include thousands of Americans who strove to stay out of the war altogether.

It is safe to say, however, that the neighbor-against-neighbor conflicts were geographically widespread. Generally, the areas that had been settled the longest and had the deepest roots in self-government — Massachusetts, Connecticut, and Virginia — tended to be more for independence than newer colonies, such as the Carolinas and Georgia. The Middle States, such as Pennsylvania, which had large populations of pacifist religious groups, tended to be neutral.

But exceptions and contradictions were everywhere. Wealthy people in the North might be ardent Loyalists, hoping to hold on to what they had. Their rich counterparts in the South, on the other hand, might favor independence if for no other reason than they feared British efforts to offer slaves freedom in turn for rebelling against their masters. Average Americans in urban areas, exposed to the daily bombardment of independence-minded media, might lean Patriot, while their rural brethren didn’t know or care about issues like taxes on paper or duties on tea.

The persecution of Tories

In the early stages of the Revolution, differences between Patriots and Loyalists generally ranged from social ostracism and bullying to beatings and vandalism. But by the time of the Declaration of Independence signing, Tory-hunting became a more serious pastime.

Neighbors forced neighbors to sign loyalty oaths to the cause of independence. Houses were searched to see whether their occupants were abiding by the boycotts of British goods. Longtime grudges within communities were settled, with patriotism as the excuse. And paranoia about loyalty ran so deep that at the Second Continental Congress, some delegates, including James Madison, suspected Benjamin Franklin was a British spy.

States passed various laws to formalize ill treatment of Loyalists. Wishing good things for the king became a crime in Virginia. In Connecticut, public allegiance to the crown could get you hanged. By the end of the war, New York had proclaimed that Loyalists weren’t entitled to collect legally owed debts from Patriots.

The seeming contradiction of a fight for freedom that embraced repressive civil and government actions was not lost on British newspapers, as shown. Or as a Maryland congressman mused with no little irony, “It is a strange freedom that is confined always to one side of the question.” 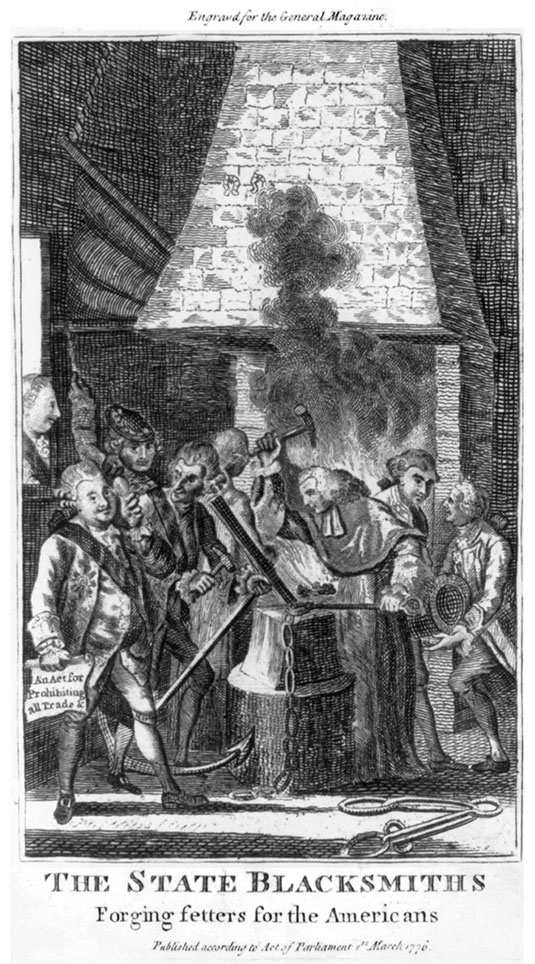 Courtesy of Library of Congress
Captioned “The savages let loose, or The cruel fate of the Loyalists,” this British cartoon shows American “natives” murdering their Loyalist countrymen.