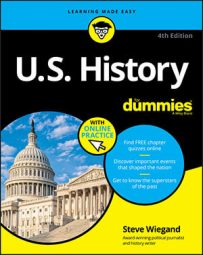 Explore Book Buy On Amazon
On September 11, 2001 the United States suffered the worst terrorist attack on its soil in its history. The attack was heartbreaking to U.S. citizens and prompted immediate political reaction. The U.S. government launched a War on Terror, specifically targeting the individuals who perpetrated the attack on 9/11. 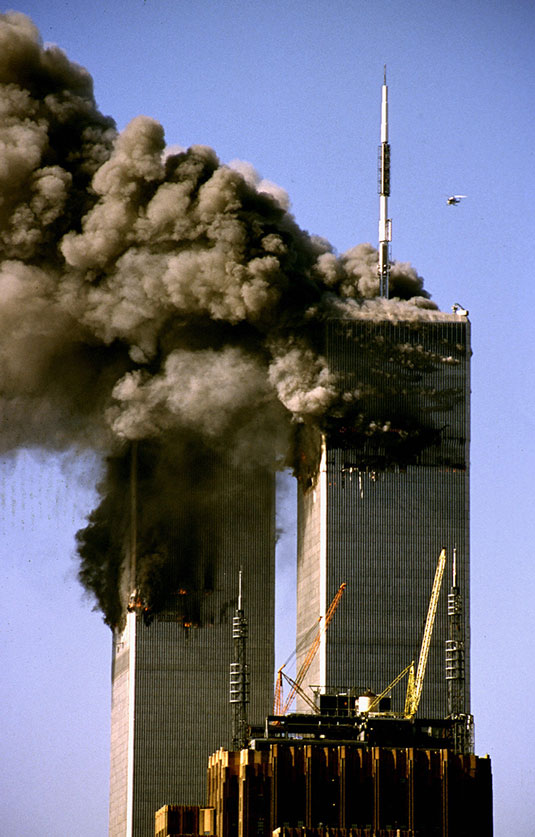 Devastation at the World Trade Center.

At 9:37, a third jet (American 77) plowed into the Pentagon in Washington, D.C., followed 26 minutes later by the crash of a fourth flight (United 93) into a field near Shanksville, Pennsylvania, about 70 miles southeast of Pittsburgh, Pennsylvania.

Passengers aboard the fourth plane, having learned the fate of the other three planes through cell phone calls, apparently attempted to retake the plane before it could reach its intended target, believed to be the White House or U.S. Capitol in Washington, D.C. The hijackers crashed the plane before the passengers could regain control.

The United States had suffered the worst attack on its soil in its history, and the country plunged into a war against terrorism.

Reacting to the 9/11 attacks

The attacks, carried out by 19 members of a fundamentalist Islamist group called Al-Qaeda (“the base”), killed a total of about 3,000 people, including 415 New York City police and firefighters who responded to the disaster at the World Trade Center. More than 6,000 people were injured.

Americans — and much of the rest of the world — were shocked. Millions had watched horrified as television cameras that had been focusing on the North Tower after the first attack captured the second plane hitting the South Tower.

The subsequent collapse of the towers was also carried live. National, state, and local officials scrambled to prepare for more attacks. Air travel was shut down. Stock markets in the United States and around the world were badly shaken and posted severe losses.

On September 17, President Bush formally identified Al-Qaeda leader Osama bin Laden as the mastermind behind the attacks. A wealthy member of a prominent Saudi Arabian family, bin Laden had operated out of Afghanistan since the mid-1990s, under the protection of a group called the Taliban. The Taliban (which means “student”) followed an extreme version of Islamic law and had seized control in Afghanistan in 1998.

Governments around the world denounced the attacks and offered support and solidarity. Most Middle Eastern countries (including Saudi Arabia) and Afghanistan expressed strong negative reactions to the attacks, Iraq being the notable exception.

United Nations (U.N.) Security Council Resolution 1368 condemned the attacks and determined to combat all forms of terrorism in accordance with the U.N. Charter.

Muslim organizations in the U.S., including the Islamic Society of North America, the Council on American-Islamic Relations, and the American Muslim Alliance also condemned the attacks and asked Muslim Americans lend aid and resources to help alleviate the suffering of those affected by the attacks.

Speaking to a joint session of Congress on September 20, Bush demanded the Taliban hand over bin Laden and other Al-Qaeda leaders and dismantle terrorist training camps within Afghanistan. “They will hand over the terrorists or share their fate,” Bush warned.

On October 7, after Taliban leaders had rejected Bush’s demands, U.S. and British aircraft unleashed a massive bombing attack on major Afghan cities. By mid-November, the Afghan capital of Kabul had fallen. By mid-December, air attacks coupled with allied nations’ ground forces that included about 30,000 troops from the United States and anti-Taliban Afghan militia had toppled the Taliban regime.

While out of power, the Taliban was not out of business. After a year of licking their wounds, Taliban forces began an insurgency. Their efforts were fueled by funds from control of much of Afghanistan’s vast production of poppies from which opium was manufactured. It was the nation’s largest cash crop, providing most of the world’s opium and 400,000 Afghans with work. The enemy also took advantage of safe havens in mountainous areas along the Afghanistan-Pakistan border by scampering into Pakistan, where it was logistically and politically difficult for U.S. troops to follow.

President Barack Obama, Bush’s successor, countered in 2009 by gradually building U.S. forces to more than 100,000 while warning that “our troop commitment in Afghanistan cannot be open-ended.” By mid-2013, U.S. forces were down to 65,000, and by the end of 2016, 8,400. The number climbed to 14,000 by mid-2018 under President Donald Trump, however, with no indication that a complete withdrawal would happen in the foreseeable future.

Bin Laden was killed by Navy SEALs in his Pakistan hiding place in May 2011, and Taliban leader Mullah Mohammad Omar died two years later, apparently of tuberculosis. But after suffering more than 2,300 military deaths, spending at least $1 trillion, and fighting for three times longer than it had in World War II, the prognosis for peace in Afghanistan remained, at best, uncertain.

The Bush administration never formally declared war on Afghanistan (which allowed it to claim it didn’t have to treat those captured as prisoners of war). But it did declare war on terrorism, and Bush proclaimed the war would continue and be fought on every front “until every terrorist group of global reach has been found, stopped, and defeated.”

A month after the 9/11 attacks, as they came to be known, Bush proposed something called the “Uniting and Strengthening America by Providing Appropriate Tools Required to Intercept and Obstruct Terrorism Act” — or the USA Patriot Act.

The far-reaching “temporary” act (most of which was made permanent by Congress in 2006) greatly expanded the authority of the FBI and other law enforcement agencies to conduct searches, look at medical and other personal records (such as what materials an individual took out from public libraries), and spy without court approval on those suspected of potential terrorist acts. It also allowed foreigners to be held for up to seven days without charges or deportation proceedings.

The act was approved 357–66 in the House of Representatives. In the Senate, the vote was 98–1, with only Sen. Russell Feingold, D-WI, opposed.

In July 2002, Bush secretly authorized the National Security Agency (NSA) to listen in on phone calls American citizens made to other countries and to monitor e-mails. (See Chapter 25 for more on the NSA and electronic surveillance.) The order wasn’t made public until 2005, and Congress didn’t sanction the actions until 2008. In November, Bush signed a bill creating the Department of Homeland Security, consolidating dozens of government agencies, from the Secret Service to the Coast Guard, into one super-agency.

Because America had not actually declared war against Afghanistan, it didn’t treat captured Al-Qaeda and Taliban fighters as prisoners of war (POWs). Instead, they were taken to a prison erected on the U.S. Naval base at Guantanamo Bay on the island of Cuba. Administration officials contended that because the prison wasn’t on U.S. soil, the prisoners had no rights and could be held indefinitely without trial or even formal charges being filed.

In 2004, international observers reported some of the detainees at Guantanamo had been subjected to what the U.S. Central Intelligence Agency (CIA) referred to as “enhanced interrogation techniques,” which the observers characterized as “tantamount to torture.” One such technique, called waterboarding, consisted of covering a person’s face with a towel and then pouring water over it, creating a sensation like drowning. It was also revealed that the CIA had abducted suspected terrorists and held them in secret prisons in Europe.

Civil libertarians complained that such actions were counter to American ideals and violated basic human rights. But administration officials, notably Vice President Dick Cheney, defended the practices as justifiable and necessary to fight terrorism. They also pointed out that no terrorist attacks had occurred on U.S. soil since September 11, while several terrorist plots had been sniffed out and stopped.

In 2008, Congress approved a bill to ban some of the interrogation methods used, but Bush vetoed it. Of the 780 people held at the detention camp, most were eventually released without charges being filed or repatriated to other countries. When Bush left office, an estimated 242 prisoners were still at Guantanamo.

His successor, Barack Obama, had promised during his campaign to close the base and repeated variations of that pledge in subsequent years. Shortly after taking office in January 2009, he signed an executive order closing down the CIA’s secret prisons in other countries. But Congress repeatedly blocked efforts to completely close Guantanamo, and as of late 2018, 40 prisoners still remained there.