Developing Campaigns: The Art of War during the Civil War 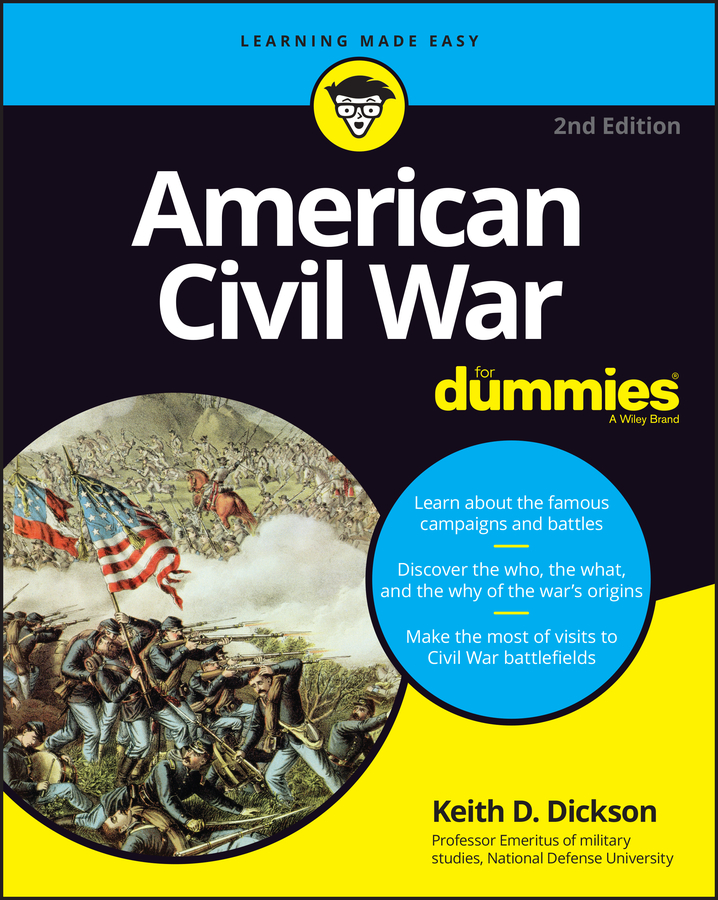 Military commanders follow the principles of war to defeat an enemy in the best and quickest way possible. An army commander must first decide whether to conduct an offensive or defensive campaign. The goal of the offensive is to break the will of the enemy through battlefield dominance, thereby destroying the military and/or political structure that allows the enemy to fight the war. The strategic offensive seeks out the enemy army, holds it in position so it cannot escape, and brings the enemy army to battle under conditions favorable to the attacker. The attacker has the advantage of making the first move with speed and decisiveness to overwhelm the enemy with superior combat power.

The ultimate goal of the strategic defensive is to wear down the enemy and break its will to continue the attack. An army on the strategic defensive delays, wards off an attacker, or protects a vital area, all with the goal of not allowing the attacker to use its superior strength. The defender may seek to avoid battle altogether if his combat power is significantly less than that of his opponent. Although a defensive strategy seeks to limit direct contact with the enemy's strength, the defender still seeks to fight the attacker at a place and under conditions that offers the defender the best advantage. A commandeer will use the defensive as a temporary measure to build combat power, or lure the attacker into a disadvantageous position to be in turn attacked. This is called a counterattack. 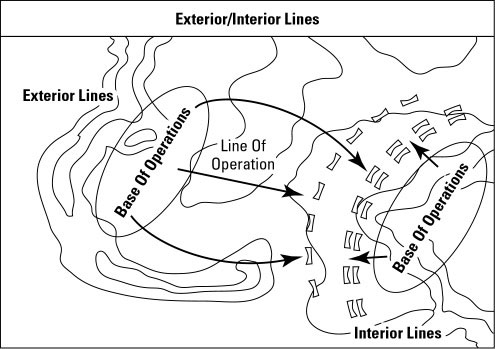 Lines of communication and supply

An important part of interior and exterior lines is how a commander establishes the line ofcommunication and line of supply. These lines may be one and the same. Every army on the march has to have a means of continual resupply. Supplies are usually stockpiled and kept as close to the front as possible. Because of the massive amount of supplies a Civil War army consumed every day, boats and trains were the best means to move the amounts necessary to sustain the army for a week or so. Large wagon trains, 5 to 20 miles long at times, carried the immediate necessities (food and ammunition) with the army as it moved. Like the major arteries in the body, the line of supply is the lifeline of a modern army. If an artery is blocked, cut, or damaged, the body dies. If a line of supply is blocked, cut, or damaged, the army can no longer function. Soldiers and animals starve; their weapons are useless for lack of ammunition, and even the clothes and shoes they wear fall apart.

Supply is critical in war

Commanders in the Civil War were fully aware that supply lines required protection. The longer the supply line (usually a railroad or river line) the more exposed it became to attack and destruction. Many commanders chose to minimize their vulnerability of dependence on long lines of supply by living off the land for short periods of time. This meant soldiers were sent out in small parties to purchase (or seize) food and livestock, and to forage from civilians in the countryside where the army was camping or marching. No army can do this forever. Eventually, the line of supply must be restored, or the army will simply cease to function. An army cannot exist without the means to sustain it.

Clearly, one of the prime strategic objectives in war is to attack or threaten to attack the enemy's line of supply, destroy or control its supply depots, or destroy or capture the supply wagon train. Another nifty trick is to cut the enemy's line of communication. Whatever a commander can do to weaken the opponent, either by blinding or starving the army, will all contribute to the strategic objective. After this is accomplished, an enemy is often vulnerable to attack and defeat. At the same time, a commander must always be vigilant to threats to his own lines of supply and communication. To prevent this, the commander will take whatever action is necessary to protect this vital lifeline.

Taking the initiative: Who is on top?