Learn how to master the basics, use directories, and install software. 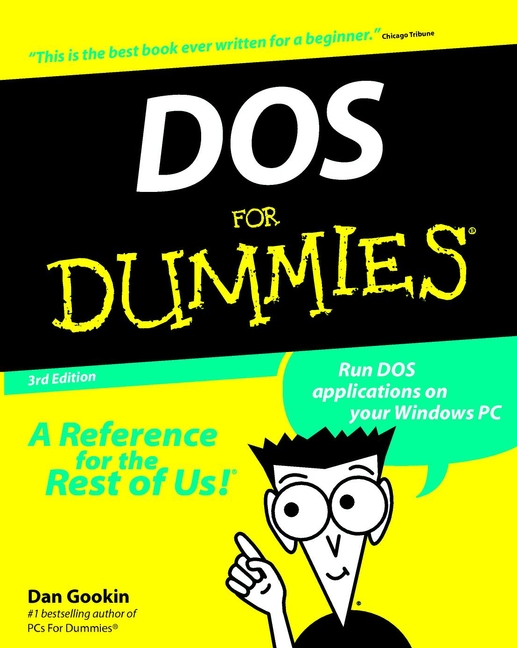 DOS made easy!Windows may rule the world of popular computing on PCs around theglobe, but DOS still has a place in the hearts and minds ofcomputer users who vaguely remember what a C prompt looks like.Even if DOS (with all its arcane commands and its drab, boringlook) isn't your idea of the best way to get things done on a PC,you'll find plenty of fast and friendly help on hand with the thirdedition of DOS For Dummies. Here's a plain-speaking reference guide to all the command-linestuff and nonsense that makes DOS work, whether you're a native DOSuser or are an occasional dabbler who needs the operating system torun all those cool games under Windows. DOS For Dummies, 3rd Edition, avoids all the technicaljargon to cut to the heart of things with clear, easy-to-understandexplanations and step-by-step help for * Changing disks and drives * Dealing with the DOS prompt * Managing files * Running DOS inside Windows * Installing and running DOS-based software programs * Working with the printer and serial ports * Using the mouse and keyboard * Troubleshooting problems * Understanding DOS error messages All the basic DOS commands, from APPEND to XCOPY, aredemystified to make life in DOS much more bearable. This handyguide has plenty of helpful tips and tricks for bending DOS to yourwill, without having to dedicate your life (and all your free time)to mastering this little corner of the PC. Author Dan Gookin's first edition of DOS For Dummies became an international best-seller. He considers himself a computer "guru" whose job it is to remind everyone that computersare not to be taken too seriously. His approach to computers islight and humorous, yet very informative. Gookin mixes hisknowledge of computers with a unique, dry sense of humor that keepsyou informed - and awake.