Getting to Know DOS Directories

Computers are supposed to make life easier, not harder. Hard disk management is simply the way you use files on a hard drive. This concept involves some organization, and understanding that organization makes computing much easier.

What is a subdirectory?

A subdirectory is workspace on a disk. It's almost like a disk within a disk. You can copy files and programs into a subdirectory or workspace, and you can use DOS commands. The advantage to subdirectories is that you can store information in a subdirectory and keep it separate from other files on the same disk. That keeps the disk from getting file-messy.

Any disk can have subdirectories, though they're used primarily on hard drives to keep files separate and your programs organized. Rather than let you suffer through a hard drive with bazillions of files all in one place, subdirectories enable you to organize everything by placing information in separate areas.

The symbol for the root directory is the single backslash (). DOS uses this abbreviation — shorthand — in reference to the root directory. This symbol also plays an important role in the pathname, which is like a long filename. 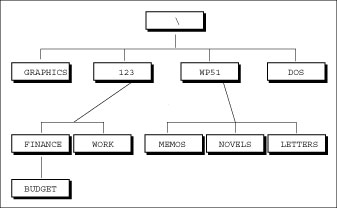 Figure 1: Subdirectories branch from the root, creating a family tree of sorts.

To find a subdirectory on a disk, you use the DIR command. Directories are listed there, along with other files. The way you identify a directory name is by the