Secret “Most Expensive Money You Can Borrow” Formulas in QuickBooks 2017 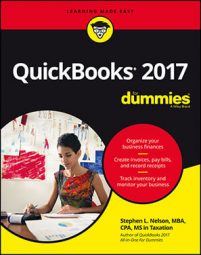 Explore Book Buy On Amazon
QuickBooks 2017 has some near formulas you may not know about. Here’s something you may not know: The most expensive money that you can borrow is from vendors who offer cash or early-payment discounts that you don’t take.

The first “most expensive money you can borrow” formula

Here’s another example that’s only slightly more complicated. Many, many vendors offer a 2 percent discount if you pay within the first 10 days that an invoice is due rather than 30 days later. (These payment terms are often described and printed at the bottom of the invoice as 2/10, Net 30.)

This table shows how some common early-payment discounts (including cash discounts) translate into annual interest rates. By the way, the calculations in this table are a bit more precise, so these numbers vary slightly from (and are larger than) those given in the preceding paragraph.

Here are a couple of additional observations. Turning down a 1 percent discount for paying 30 days early isn’t actually a bad deal in many cases. Refer to Table 20-1, which shows that the 1 percent discount for paying 30 days early results in 12.29 percent. Sure, that rate is pretty high, but that interest rate is less than the interest on many credit cards and some small-business credit lines. If you have to borrow money some other way to pay 30 days early, making an early-payment may not be cost-effective.

The bottom line on all this ranting is that early-payment discounts, if not taken, represent one of the truly expensive ways to borrow money. That doesn’t mean that you won’t need to borrow money this way at times. Your cash flow probably gets pretty tight sometimes (a circumstance that is true in most businesses, as you probably know). However, you should never skip taking an early-payment discount unless borrowing money at outrageous interest rates makes sense.

Oh, yes — the secret formula. To figure out the effective annual interest rate that you pay by not taking an early-payment discount, use this formula:

To calculate the effective annual interest rate that you pay by not taking a 2 percent discount for paying 20 days early, calculate this formula:

Work out the math, and you get 0.3724, which is the same thing as a 37.24 percent interest rate. (Note that the discount percents are entered as their equivalent decimal values.)

The second “most expensive money you can borrow” formula

You know that “most expensive money you can borrow” stuff? The very tragic flip side to that story occurs when you offer your customers an early-payment discount, and they take it.

In effect, you borrow money from your customers at the same outrageous interest rates. If customer Joe Schmoe gets a 2 percent early-payment discount for paying 20 days early, you in effect pay ol’ Joe roughly 2 percent interest for a 20-day loan. Using the same formula for the first “most expensive money you can borrow” formula, the rate works out to 37.24 percent.

Here’s also a rather dour observation. Any time someone offers big early-payment discounts — they can be as big as 5 percent — he’s either stupid or desperate, and probably both.