What Is 3D Modeling? 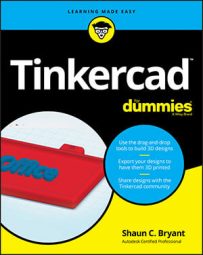 Explore Book Buy On Amazon
3D is the abbreviation for 3-dimensional. In the world of Computer Aided Design (CAD), 3D modeling (also known as three-dimensional modeling) is the process or workflow of developing a computer-based (mathematical) model of any surface of an object, regardless of whether it’s inanimate (such as a gear wheel) or living (such as an animal or a human being).

3D modeling is done in three dimensions via specialized software and, in your case, Tinkercad. The end product is normally called a 3D model. Someone who works with 3D models may often be referred to as a 3D artist.

The 3D model has the advantage that it can be displayed on the computer screen as a two-dimensional image through a process called 3D rendering. For example, these images are often the uber-cool pictures you see in an architect’s slideshow of a new building or house he designed. They also may be used in a computer simulation of physical phenomena, such as virtual prototype testing to see whether the lighting makes a new product desirable to a given market.

The iPhone is a typical example where lighting is an important facet of the design to highlight all the lovely curves and bevels on the iPhone case. (Can you tell I’m an Apple fan?) The model can also be physically created using 3D printing devices, which is where Tinkercad comes into its own, with the ability to export 3D model files for 3D printing.

3D models may be created automatically or manually. The manual modeling process of preparing geometric data for 3D computer graphics is similar to plastic arts, such as sculpting. Now that does sound complicated, right? It’s not. The Tinkercad interface simplifies the manual 3D workflow, allowing you, the Tinkercad user, to manually create your 3D designs and take them all the way to 3D printing.

The figure shows a typical example of 3D design. 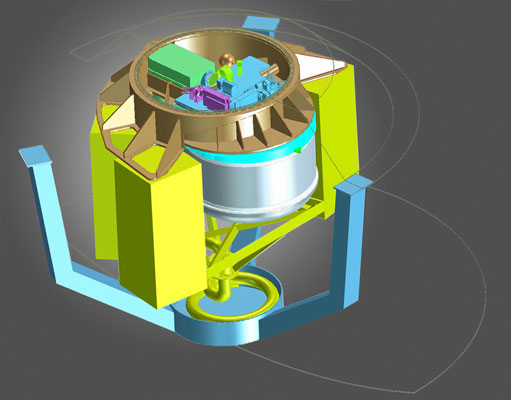 Shaun C Bryant has 30 years of experience in the CAD/BIM field and is a consultant, manager, and trainer as well as a user. He teaches CAD and BIM courses at LinkedIn Learning (previously Lynda.com) and maintains the highly respected “Not Just CAD!” blog. An Autodesk Certified Professional, Shaun is also an Autodesk Expert Elite and an Autodesk Certified Instructor.