Working with Members of an Enumeration in Swift

Inside an enumeration within Swift, you can declare variables or constants. As you can see in the figure and the following listing, the enumeration contains a static variable consisting of an array with the five cases of the enumeration. 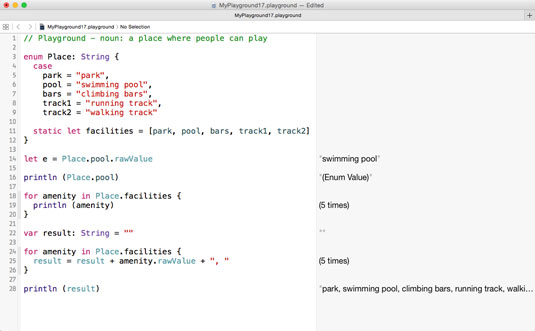 Work through the following steps to explore the code you see here: