How to Pair Apple Watch with Your iPhone 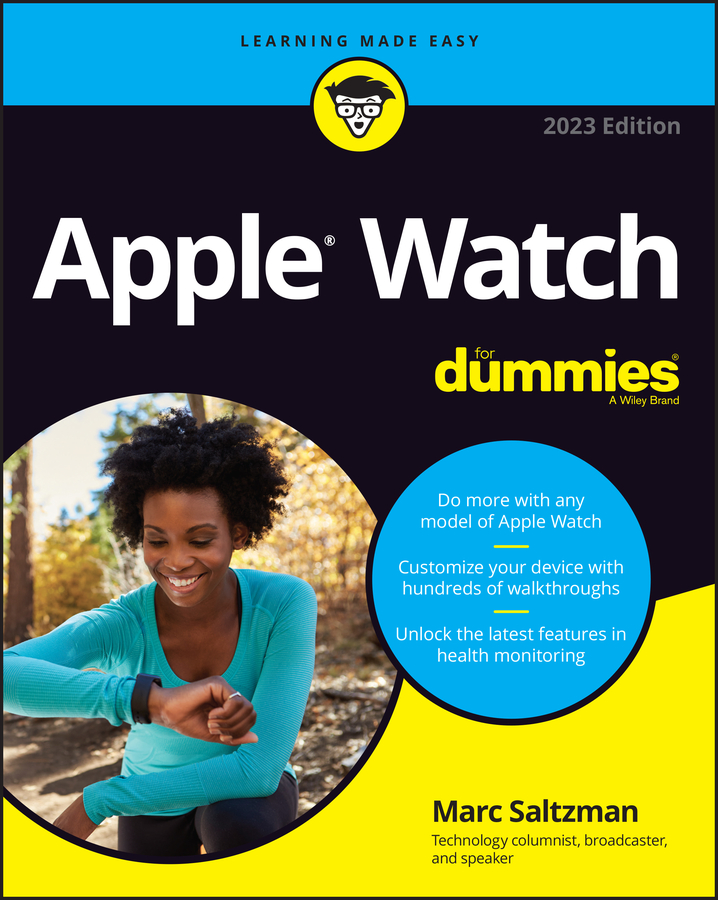 Explore Book Buy On Amazon
Like many consumer electronics you buy today, the Apple Watch might be already charged when you first get it, but it’s always a good idea to plug it into a computer or the wall to give it a full boost before using it for the first time. After you ensure your smartwatch is charged, follow these steps to pair it with your iPhone: Your Apple Watch shows you which settings it shares with your iPhone. For example, if you’ve enabled Find my iPhone, Location Services, Wi-Fi Calling, and Diagnostics on your iPhone, these settings automatically turn on for your Apple Watch. You can select other settings, too, such as Siri (your personal voice-activated assistant) and Route Tracking.

Once the pairing is successful, you can adjust additional watch settings from within the app by tapping My Watch at the bottom left of the screen (see the following figure). Take some time to familiarize yourself with this great app.

While you might be anxious to play around with your new Apple Watch, spend some time familiarizing yourself with the Apple Watch app on iPhone as well.

In fact, the three main sections to the Apple Watch app are all listed at the bottom of the screen:

Keep in mind that you don’t need to turn Apple Watch on or off. Simply raise your wrist and the screen turns on — thanks to its internal accelerometer (motion sensor) — and lower your arm to turn it off. It’s that easy. Or with the latest Apple Watch Series 6, the screen never goes dark — it stays on but dims itself until you look at it!

How does Apple Watch’s beautiful Retina display stay on all the time without killing the battery? At the risk of geeking out, it uses a LTPO display — a “low temperature poly-silicon and oxide” display — that drops the screen’s refresh rate from 60 Hz down to a “power-sipping” 1 Hz when the watch is inactive (that is, when you’re not looking at it). A low-power driver, ambient light sensor and efficient power management software also work together to keep your watch going up to 18 hours between charges. Just touch the screen or point it towards your face for full brightness. Cool, eh? Apple made several improvements with Apple Watch Series 6, too, making the always-on display even brighter without impacting battery life. 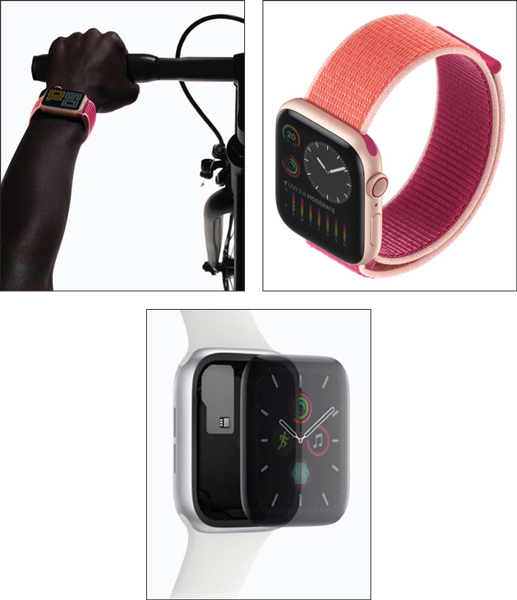