How to Use Apple Pay Cash on Apple Watch

Explore Book Buy On Amazon
Did you know you can send people money through your Apple device? Called Apple Pay Cash, this easy-to-use technology is designed for person-to-person payments. It’s essentially a version of Apple Pay that lets you send or receive money right in the Messages app, or by asking Siri.

You can use the cards you already have in Wallet to send money, split a bill at a restaurant, or chip in on a gift for a coworker. The following figure shows this wonder in action. 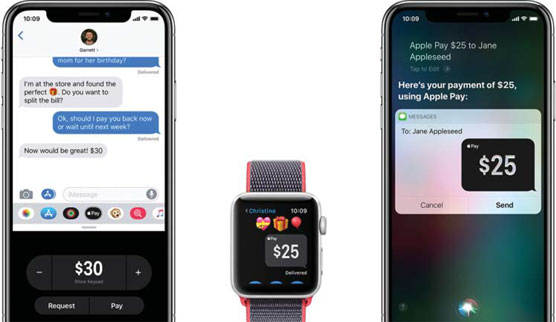 Available in the U.S. only, Apple Pay Cash lets you send or receive money via the Messages app.

Here’s what you need to get going: Now, right from your iPhone, iPad, or Apple Watch, friends can securely send and receive money. Just be aware that Apple Cash is for personal use only and not for any business-related activities, such as paying business expenses or paying employees, per Apple.

How to set up Apple Pay Cash in Wallet

If you’re setting up Apple Pay Cash for the very first time, you’ll need to use any supported device that allows you to sign in to iCloud with your Apple ID. To do so: 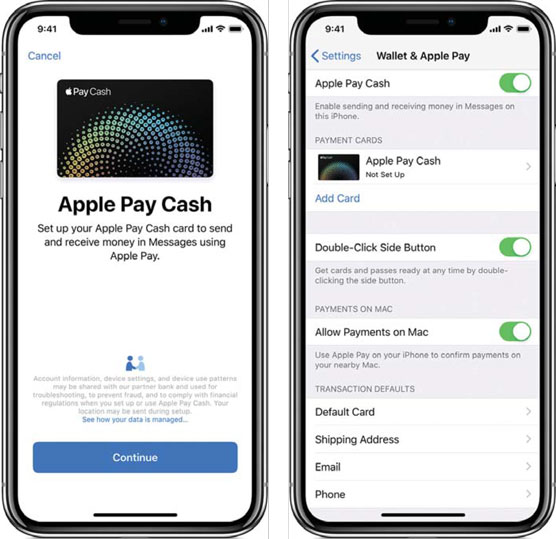 Apple confirms there is no fee to use Apple Pay Cash with a debit card. If you send money using a credit card, though, there’s a standard three percent credit card fee on the amount.

If someone sends you money via Apple Cash, it’s automatically kept on your Apple Pay Cash card. You’ll see your new Apple Pay Cash card in your Wallet, and you can use the money to send to someone; to make purchases using Apple Pay in stores, within apps, and on the web; or to transfer it from Apple Pay Cash to your bank account.

Use Apple Watch to send cash to friends

Once you’re all set up, it’s super easy to send cash to someone through your Apple Watch!

You can use Siri to send money! Say something like, “Apple Pay 50 dollars to Steve for movie tickets” or “Send 25 dollars to Susan.” 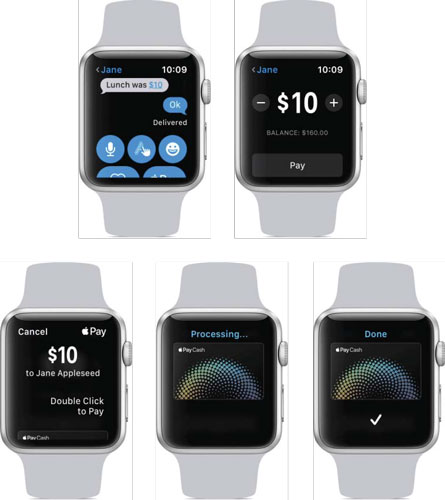 Sending money to someone through Apple Watch is super easy, fast, and secure.

Marc Saltzman is a freelance journalist, author, lecturer, consultant, and radio and TV personality. He’s written for CNN.com and USAToday.com and appeared on “The Today Show,” “CBS Early Show,” “Access Hollywood,” and “Entertainment Tonight.” He is the host of “Tech Talk With Marc Saltzman.”