How to View and Delete Photos on Your iPad 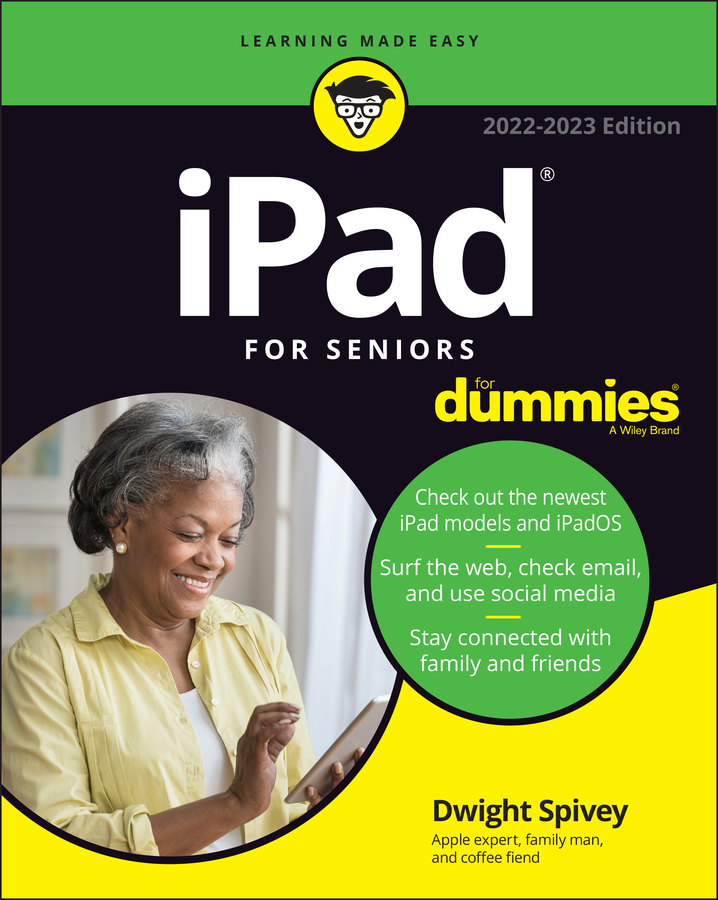 Pictures were made to be looked at, so knowing how to view the albums and individual photos you manage to get into your iPad is a way to tap into the key strength of the Photos app.

The Photos app organizes your pictures into albums. The Saved Photos album contains images you have saved from the Web or received as Mail attachments. The Photo Library album stores images you import from your computer. There may also be albums for images you synced from devices such as your iPhone or digital camera. 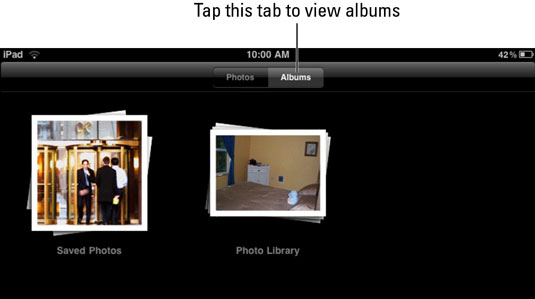 Screenshots you take of your iPad screen are also saved to the Saved Pictures album. To take a screenshot, display what you want to shoot, press and hold the Home button, tap the Sleep/Wake button, and then release. You'll find your screenshot in the Photos app.

After you figure out what album your images are in, you have several fun ways to interact with individual photos. The iPad touchscreen is the key to this very tactile experience.

Now try out these techniques: 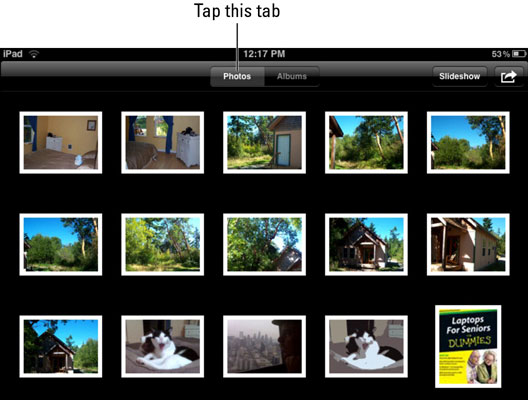 You might find it's time to get rid of some of those old photos of the family reunion or the last project you worked on. If a photo wasn't transferred from your computer but instead was downloaded or captured as a screenshot on the iPad, you can delete it by using this procedure:

If you need to delete multiple photos, with the album open, just tap the Share button, select up to five images, tap Delete at the top left of the screen, and tap Delete Selected Photos.