What is a Raspberry Pi?

Explore Book Buy On Amazon
A Raspberry Pi (sometimes just called a Pi for short) is a very small computer. Raspberry Pi is a popular alternative to Arduino, BASIC Stamp, and other types of microcontrollers and is the ideal computer for people who love to make their own gadgets.

It contains most of the components found in a traditional desktop computer, but all squeezed onto a small board about the size of a deck of playing cards. The newest version of the Raspberry Pi, called the Raspberry Pi 3, is pictured here. 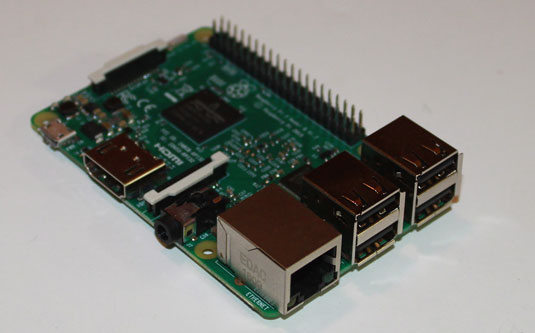 This version of the Raspberry Pi includes all of the following packed onto the board:

Unlike the digital I/O pins found on Arduino or BASIC Stamp microprocessors, the Raspberry Pi GPIO pins work at a voltage level of 3.3 V rather than 5 V to indicate HIGH signals. You'll need to adjust your circuits accordingly to deal with the smaller input and output voltage levels. In particular, if you apply a 5 V input to GPIO input pin, you run the risk of damaging your Raspberry Pi.