So if you're handy with a soldering iron, you can save a few hundred dollars on a basic sequencer by building the circuit yourself. For complete information about Light-O-Rama and its products, point your browser to www.lightorama.com. 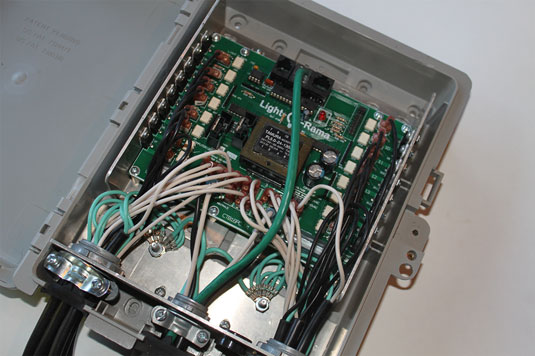 Light-O-Rama controllers are useful for much more than just holiday displays; they're also useful for school events, carnivals, amusement parks, store and museum displays, theatrical productions, malls and shopping centers, and so on.

If you want to get started with Light-O-Rama, purchase one of its starter kits. You can purchase a completely preassembled kit including a 16-channel ShowTime PC controller, USB adapter, and software for under $400, or you can purchase built-it-yourself kits for considerably less. These kits require you to solder the components to the board, but assembling the board yourself will give you the satisfaction of knowing you built it yourself.