How to Assemble a Color Organ Circuit

Explore Book Buy On Amazon
After you have gathered all the materials you'll need to build a color organ, you're ready to assemble the project. See What You Need to Build a Color Organ Circuit. You'll need the following tools: Here are the steps for constructing a color organ:

In the steps that follow, you assemble all the parts into a box. Use the following figure as a guide for the proper placement of each of the parts. 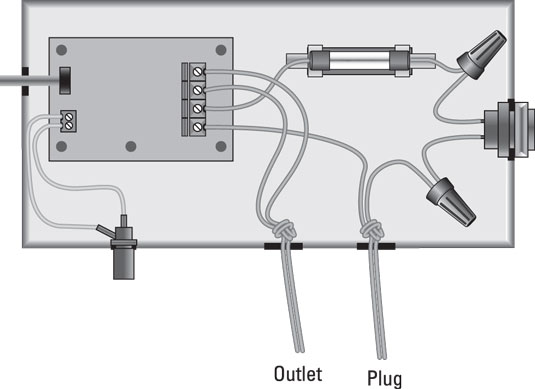 How the parts go together inside a project box.

Doug Lowe is the information technology director at Blair, Church & Flynn Consulting Engineers, a civil engineering firm. He has written more than 50 For Dummies books on topics ranging from Java to electronics to PowerPoint.